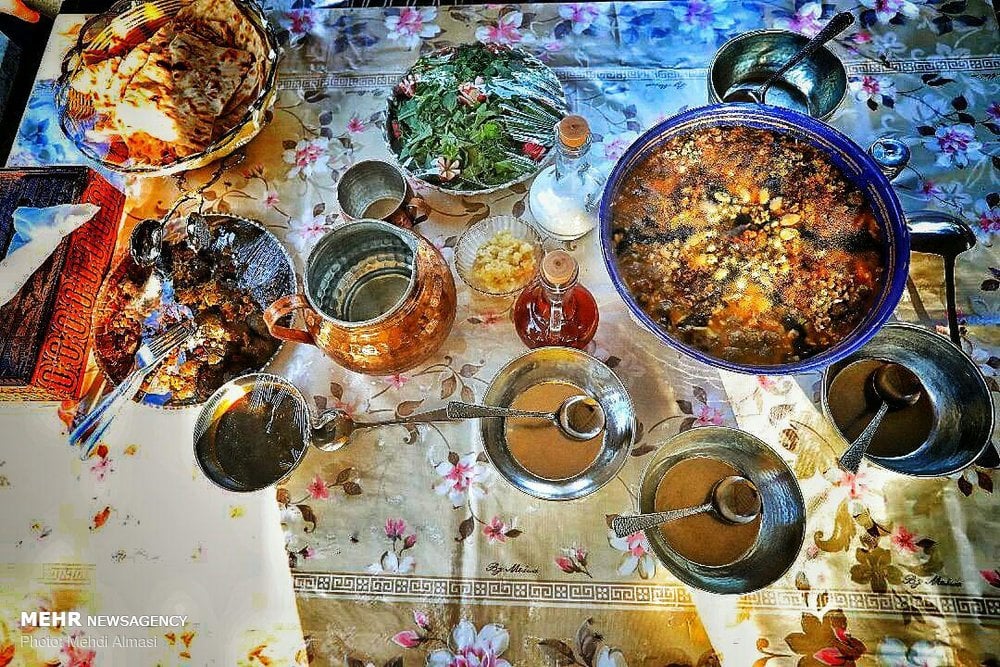 240 local Iranian chefs from the northern province of Zanjan recently competed with each other to book a place in an upcoming national broth (Ash) festival, which is to be held in the coming days.

The chefs competed with each other in four groups in a cultural and recreational complex on Monday and Tuesday, said Morteza Nazari, the Deputy Chief of Zanjan province’s Cultural Heritage, Handicrafts and Tourism Department.

The top ten chefs of the competition will be eligible to take part in the 13th National Iranian Broth Festival slated for August 13 to 17 in Zanjan province.

The National Broth Festival is one of the oldest food festivals in Iran which has been held annually in Zanjan since 2006.

The Festival, with the motto of “Iranian Food, Global Food”, features the cooking of different kinds of local food and broths in addition to showcasing local tourist attractions, handicrafts and souvenirs.

Ash is a type of rich nutritious broth made of fresh herbs and legumes which is very popular in Iran and comes with varying recipes.

What follows are Mehr News Agency’s photos of the competition: