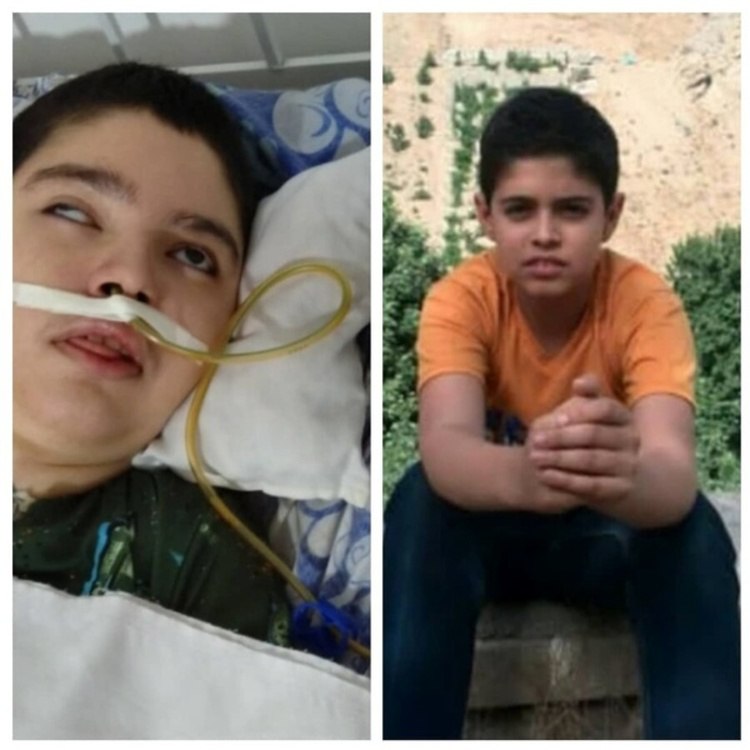 An Iranian boy, who had gone into a coma when he was only 13, came back to life at the age of 19, but with a low level of consciousness.

It is the story of six years of suffering. The mystery of why he ever went into a coma was never solved.

No one found out why Amir lost his consciousness after all.

His well-off father sold whatever they had and spent the money on his son’s treatment, medication and other things. Now, they are broke.
Amir’s mother, too, sacrificed her life for her son. She turned into an unconditional nurse for him.
Amir’s family says what happened to him was due to the injection of a wrong drug.

Amir was only thirteen when the nightmare happened. He was a very smart and diligent student. He had no illnesses. Everything started when he began to feel listless. He felt numb in the head once he was studying. He was taken to a hospital immediately. His family would never have thought that Amir would be deprived of the right to live for six years.

His father says Amir was very good at maths, and that he would be a successful child prodigy now if he had not gone into a coma.

Now, Amir has regained his consciousness, but at a low level. His parents hope a miracle will occur and their son will begin laughing and talking as he used to.