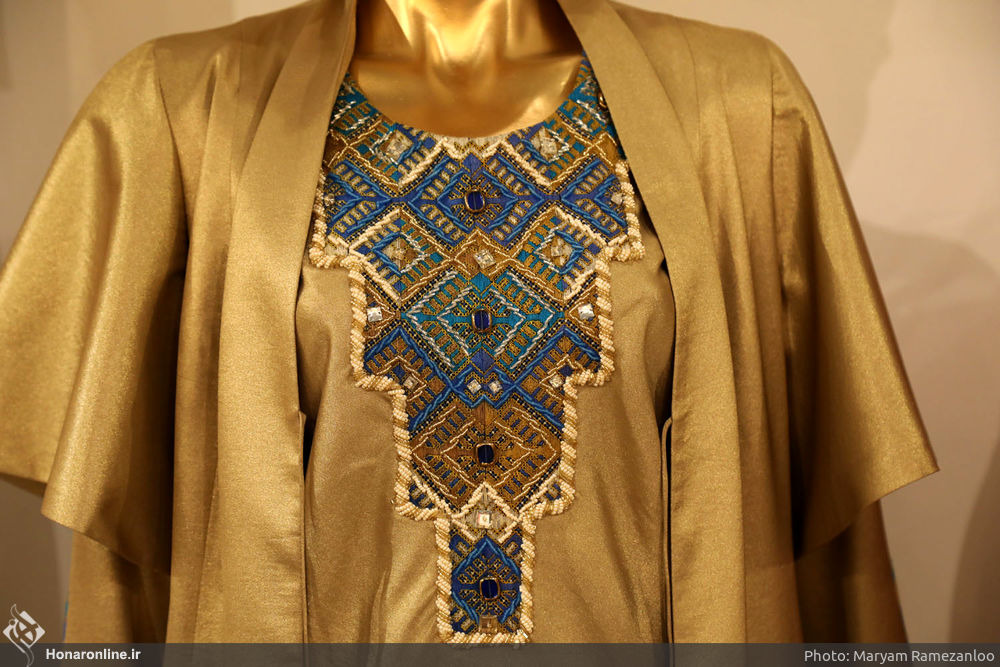 A famous Iranian costume designer has designed a dress for the queen of Brunei upon the request of Iran’s Ambassador to the tiny country.

After visiting the works of local designer Mahla Zamani, Iranian Ambassador to Brunei Homeira Rigi asked her to design a dress for the Asian country’s queen as a gift from Iran.

Zamani started to design the dress by using Baluch women‘s style as well as elements and signs from famous Iranian poet Attar’s Seven Cities of Love and the ruins of the Chogha Zanbil temple in Susa.

This dress was prepared by Iranian ladies from Chabahar and Tehran in three days as a good gift from Iran for the queen of the Muslim country.

Since Brunei is a tropical country, the fabric is very light. The dress also includes embroidered Baluch pieces, pearls and Swarovski ornaments.

The dress consists of two pieces of underlay and a piece that includes the outfit. Since Iran is known for its turquoise in the world, its embroidered Baluch pieces are ornamented with this colour.

On Monday, at a ceremony in the presence of artists such as Fariba Motekhasses, Shabnam Qolikhani, Flor Nazari, and the chairman of the Union of Manufacturers and Exporters of Gold, Jewelry, Silver and Gemstones, the dress was unveiled to be presented to the Queen by Iranian Ambassador.

Zamani, who has already designed dresses for prominent foreign women, is working to help women in deprived areas who create beautiful handmade fabrics and needlework.

She is based in the south-eastern port city of Chabahar and is actively engaged in training local women, as she believes Baluch designs should be globally known.