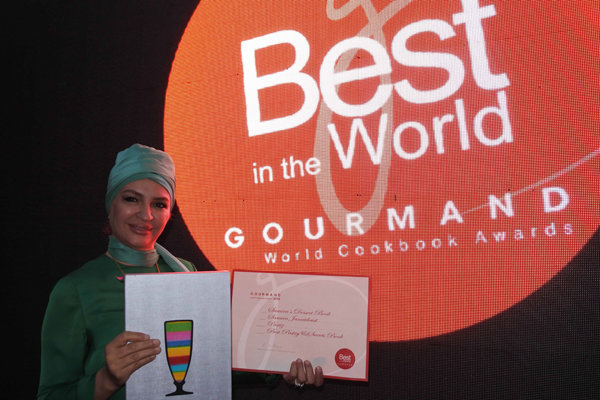 For the second time, Iranian author Samira Jannatdoust (Paniz) won the prize for the best dessert and pastry cookbook at the 2016 Gourmand World Cookbook Award.

According to a report by Mehr, as translated by IFP, two of Jannatdoust’s publications participated in this edition, Desserts and Iranian Cookbook.

The Iranian culinary author defeated as many as 26,000 titles from 209 countries to secure the 2016 Gourmand World Cookbook Award, which was presented in Yantai, China.

In 2014, she managed to win the Best International Cookbook of the Year Award, and in 2015 claimed first place in the 20th Anniversary of the Gourmand Cookbook Awards, held at the Frankfurt Book Fair 2015.

The Gourmand World Cookbook Awards, also known as the “Oscars of Food Awards”, were founded in 1995. The competition is free to enter and open to publishers in all languages and countries. The Gourmand Awards celebrate global cookbook publishing, and feature many world-renowned chefs each year.