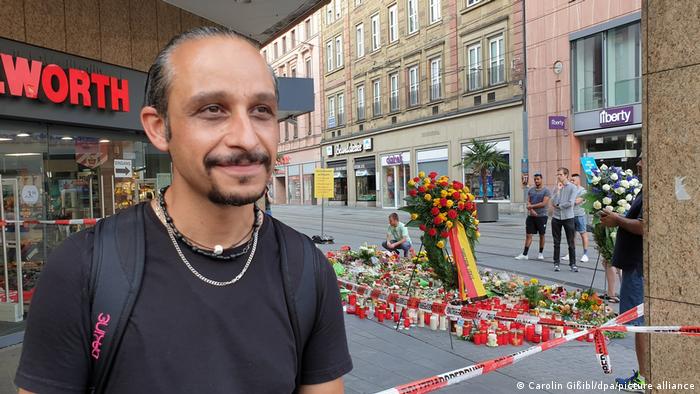 Chia Rabiee, an Iranian Kurdish asylum-seeker in Germany, has turned into a hero in the country after he and several other passersby prevented a stabbing attack by an assailant, who had earlier killed three women and injured seven others with a knife.

The incident took place on June 25 in the city of Wurzburg in the northern state of Bavaria. The 24-year-old Somali assailant went to the knives section in a store, took a knife and attacked the storekeeper before going for the passersby.

Footage from the attack shows a person trying bravely to stop the assailant. This person is Chia Rabiee, an Iranian who filed for asylum in Germany 17 months ago.

On Sunday, Bavaria’s Prime Minister Markus Soder visited the site of the attack to lay a wreath for the victims. He also met with Rabiee and thanked him.

“Thanks for your act of bravery, while apparently you were not obliged to do so,” Soder told Rabiee.

The premier told a local daily the next day that he is going to confer Bavaria’s medal of bravery to the people who tried to restrain the assailant in Wurzburg for showing a “high degree of civil bravery”.

The medal is a state order of merit awarded to people who risk their lives to save the lives of others.

Chia Rabiee, a 42-year-old from the western Iranian city of Mahabad, was a taxi driver back in Iran.

“I was not frightened at all. If I was frightened, I would have hidden somewhere or would have escaped,” he said in a radio interview.