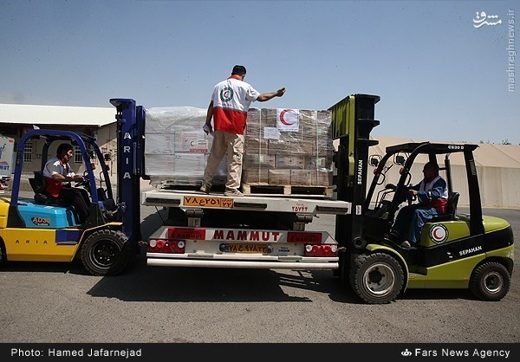 The humanitarian aid carried by the Iranian Red Crescent Society (IRCS) for Assyrian refugees has entered the Iraqi territory, the Assyrians’ secretary noted in a thank you letter.

The representative of Assyrians in Iranian Parliament read the written letter of appreciation sent by the Secretary of Iraqi Assyrians.

According to a Farsi report by Kayhan newspaper, the aid shipment with an approximate weight of nine tons consisted of rice, conserved food and blankets.