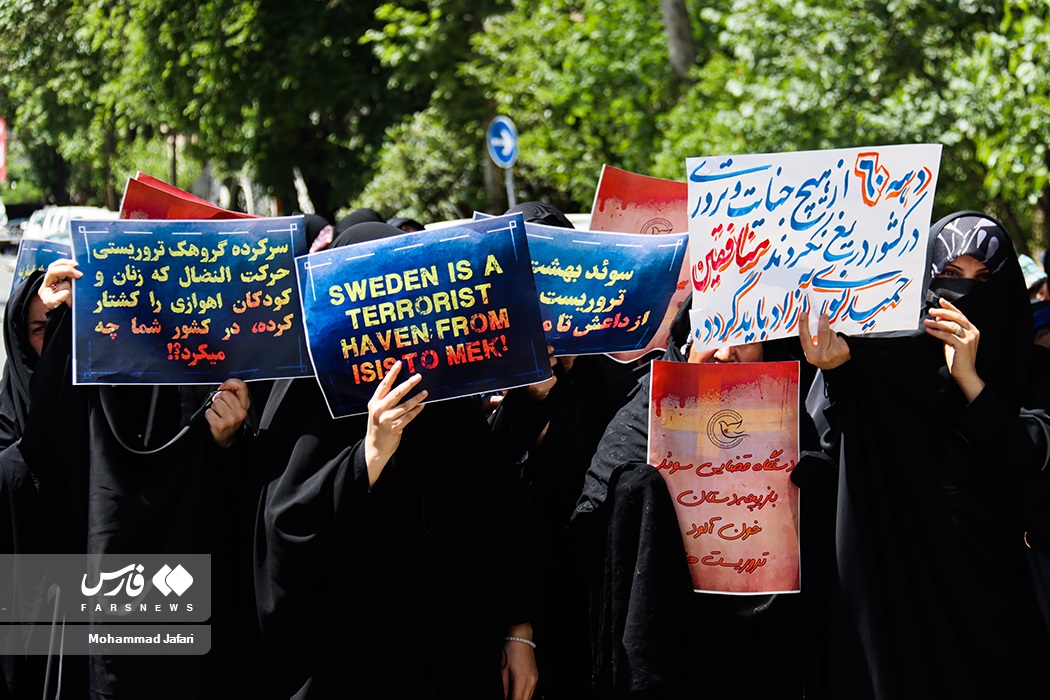 The families of some of the victims of attacks by the Mojahedin-e-Khalq terrorist group and a group of students have held a protest outside the Swedish embassy in Tehran.

The protestors denounced what they called Sweden’s support of terror groups and also against the trial of former Iranian Judiciary employee Hamid Nouri in the European country.

The protesters were holding signs with some saying the MKO committed crimes in Iran in the 1980s.

Nouri is on trial on Sweden for alleged rights abuse during the same decade.

Nouri’s son has earlier said the court has focused on testimony given by dozens of anti-Iran individuals and members of the terrorist group Mojahedine Khalq Organization (MKO) who were each given plenty of time to testify against his father.

Khatibzadeh said the court where Nouri has been put on trial is not eligible to do so. He also suggested that the Swedish government has taken Nouri hostage to force Iran into releasing Swedish-Iranian Ahmadreza Jalalin who has been convicted of espionage for Israel in Iran.