“Iran to Withdraw from Nuclear Deal If Economic Benefits Not Gained” 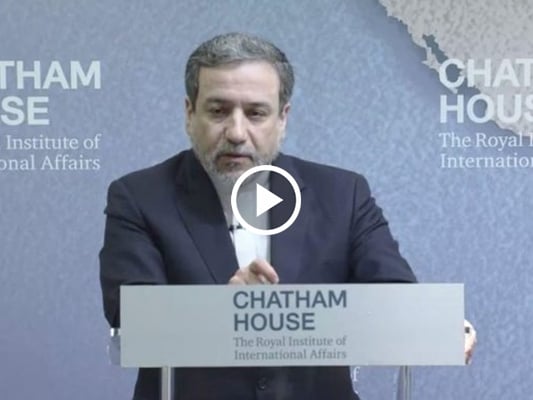 Iran’s Deputy Foreign Minister for Political Affairs Seyyed Abbas Araqchi says Iran may pull out of its nuclear deal with international powers if Western banks continue to refuse doing business with the country for the fear of American sanctions.

Delivering a speech at the Chatham House think tank in London, Iran’s senior nuclear negotiator noted that the nuclear deal between his country and the P5+1 is the “worst ever” for Iran.

Speaking on Thursday in the British capital, Araqchi stressed that US President Donald Trump’s persistent public vows to “destroy it, fix it, change it,” represented a violation of the terms of the accord that were damaging his country’s ability to secure much-needed international investment.

Araqchi held that the US has already failed to abide by the agreement, which may fall apart anyway because of an “atmosphere of poison” created by Trump.

“The deal would not survive this way even if the ultimatum is passed and waivers are extended. If the same policy of confusion and uncertainties about the Joint Comprehensive Plan of Action continues, with companies and banks not working with Iran, we cannot remain in a deal that has no benefit for us, and that’s a fact.”

“In Iran, people’s expectations from the JCPOA are not met. Most of it is because of this atmosphere of uncertainty which President Trump has created,” stated Iran’s deputy FM.

The Iranian diplomat further highlighted that “Iran’s commitment to not seek nuclear weapons is permanent and there is no so-called sunset clause in the deal. To make these restrictions permanent means killing the deal. We accepted 10 to 15 years of restrictions for the sake of confidence building.”

“It doesn’t mean we have to build confidence forever. It would be a big, big mistake now if people were to link the JCPOA to any other issues. This was what was agreed when it was signed. The nuclear deal is about security, other issues should be dealt with separately,” he added.