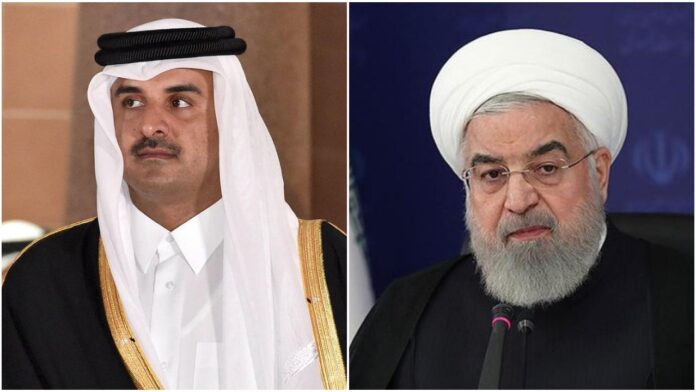 Iran’s president has told the Emir of Qatar that Tehran is closely watching the US troops’ movements, but will never start a conflict or tension in the region.

Rouhani made the remarks in a phone conversation with Qatari Emir Sheikh Tamim bin Hamad al-Thani on Saturday.

His comments came after the escalation of tension between Iran and the US in the Persian Gulf, especially following the IRGC Navy’s warning to US warships and the subsequent anti-Iran threats made by US President Donald Trump.

In the Saturday phone call, President Rouhani further congratulated the Qatari government and nation on the arrival of the holy month of Ramadan.

He expressed hope this month will bring diving blessings upon the Muslim community.

The Qatari Emir, in turn, expressed congratulations to Iranian people on the holy occasion, and urged all countries to make efforts to stave off tension in the region.

During the phone call, both sides described Tehran-Doha relations as positive and growing. They also emphasized the need to forge closer ties on all fronts.