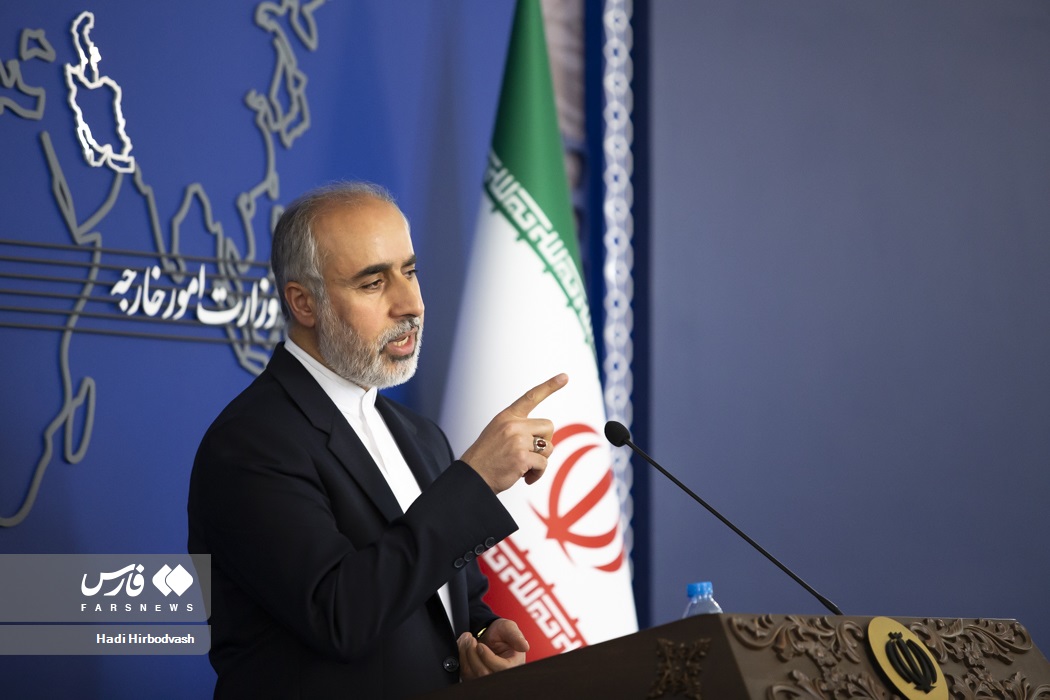 The Iranian Foreign Ministry’s Spokesperson Nasser Kanaani has slammed some western countries for urging Iran to show restraint towards "rioters" who engaged in violence and undermined the country’s security, and at the same time allowing violent protesters to attack Iranian missions in Europe.

In his weekly press conference on Monday, Kanaani hit at out the United States and some European governments for making “meddlesome” comments about the recent deadly protests and riots in Iran following the death of an Iranian woman in police custody.

Mahsa Amini died after her arrest for breaching the dress code in the capital Tehran over three weeks ago.

Official reports showed her death was caused by underlying conditions.

Kanaani said, “Those who lecture Iran on how to treat its citizens shouldn’t allow a knife-wielding man attempt to attack an Iranian ambassador.”

The remarks came after a recent attack on the Iranian embassy in the Danish capital Copenhagen following similar attacks in other European countries, including the UK and Norway, over the past weeks.

The foreign ministry spokesperson noted Iran has launched an investigation into the role of some foreigners who instigated the deadly riots in Iran.

However, he dismissed Western smear campaign, saying Iran is a safe country for foreigners and called on visitors to respect the Islamic Republic’s laws.

Kanaani also criticized the West for using the recent unrest in Iran and human rights issues as a political tool for negotiations to revive a 2015 nuclear accord between Iran and major powers in the world, saying the talks are not related to Iran’s internal affairs.