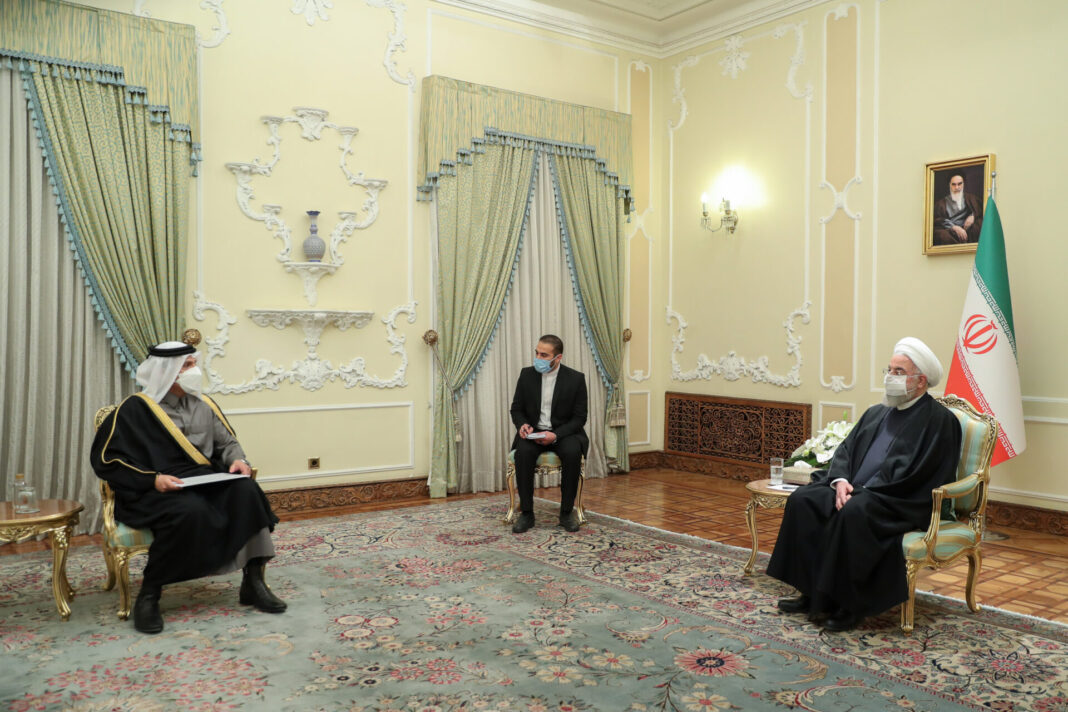 Iranian President Hassan Rouhani says Tehran welcomes talks with all Persian Gulf littoral states, as peace and stability in the region will not be achieved except through cooperation and dialogue between the countries of the region.

President Rouhani said on Monday that the progress of any regional country will be achieved through establishment of peace and stability in the region.

Speaking in a meeting with Qatar’s Foreign Minister Sheikh Mohammed bin Abdulrahman Al-Thani in Tehran, Rouhani said Iran welcomes dialogue and cooperation with the countries of the Persian Gulf.

Rouhani referred to the recent developments in the region and underlined the need to develop joint cooperation between Tehran and Doha.

“Relations between the two countries have been very good and developing in recent years, and with the new international conditions, opportunities should be tapped to develop and deepen relations and cooperation,” he added.

The Iranian president also referred to the agreements reached during the Qatari emir’s visit to Iran last year and the agreements of the Joint Economic Commission of the two countries, and emphasised the need to accelerate the implementation and operation of these agreements.

“Iran and Qatar can develop relations in various fields, including economic, commercial, cultural, scientific and tourism, and cooperation between the private sectors of the two countries can play an important role in this direction,” he added.

Referring to the recent developments in the United States and the end of Trumpism in the country and the announcement of different policies by the new US administration, including the desire to return to the Joint Comprehensive Plan of Action (JCPOA), Rouhani said, “Today, it has been proven to the world that the policy of maximum pressure has failed and the new US administration has no choice but to make up for the mistakes of the previous administration and fulfil its legal obligations.”

For his part, the Qatari Foreign Minister described Iran as a friendly country in the region and stressed the development and deepening of bilateral relations in all fields, especially commercial and economic cooperation.

“We have always believed in maintaining peace and stability and dialogue between the countries of the region, and we also call for regional dialogue to resolve the issues between regional countries following the HOPE initiative,” he added.

Appreciating Iran’s support and cooperation in the period of sanctions against Qatar, the Qatari Foreign Minister said, “We hope that with the return of the United States to the JCPOA, the problems and sanctions within the framework of this agreement will be resolved as soon as possible, and Qatar will not hesitate over any kind of assistance in this regard.”