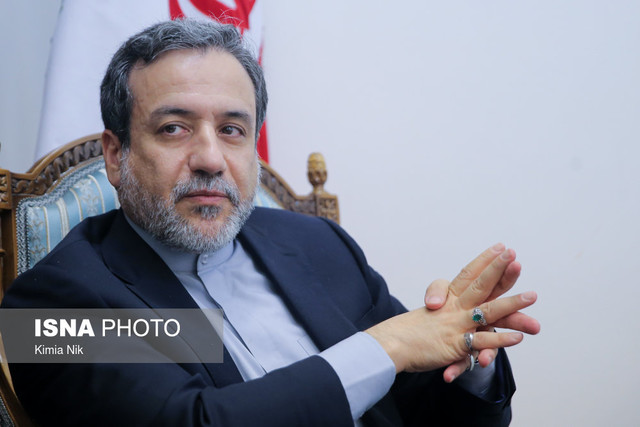 Iran's Deputy Foreign Minister for Political Affairs Seyyed Abbas Araqchi has hailed the reports that six other European countries are joining the special financial mechanism known as INSTEX, saying that Tehran hopes the move will give new energy to the mechanism and make it operational.

Araqchi said Saturday European countries are still serious about having INSTEX as a trade mechanism to maintain economic ties with Iran, and in fact claim that it is a way Tehran can do business with European countries despite US sanctions.

The Iranian diplomat, who has travelled to Beijing at the invitation of his Chinese counterpart to continue political consultations between the two countries on the 2015 nuclear deal, added although new European countries join the INSTEX mechanism as shareholders, it is worth discussing how effective this mechanism is.

“European countries will do nothing for the INSTEX without entering into a reasonable trade with Iran in various fields.”

Belgium, Denmark, Sweden, Finland, Norway and the Netherlands expressed their support for the nuclear deal Friday saying that they are in the process of joining INSTEX for trade with Iran. They also emphasised the importance of maintaining and fully implementing the Comprehensive Plan of Action (JCPOA) that was reached between Iran and the world powers.

The nuclear accord was unanimously approved by the UN Security Council and is an important element in the non-proliferation of nuclear weapons of the world and play a major role in regional stability, reads the statement.

“INSTEX is in the final stages of getting operational, and with the joining of new countries, the number of shareholders has increased to eight, and we hope that this mechanism will take a more serious operational form. I believe that even under sanctions, INSTEX can cover nearly 20 percent of Iran’s economic relations and get better in the next stage,” Araqchi said.

He said although European countries have announced they will open up the INSTEX for non-European countries after being operational, the economic ties between Iran and China do not need the European mechanism, as in fact, Tehran and Beijing have already designed goods and finance barter with China.

“INSTEX is a barter mechanism that can be formed between Iran and any other country including China and Russia,” he said.

US Economic Shocks Over

Araqchi added that it is very important that the countries are distancing from the US dollar in their trades and are using local currencies to start trading and economic cooperation with each other, especially Iran.

He stated that Iran’s economic and international trade ties are becoming more and more stable every day after the shocks that have taken place. “We planned to achieve a stable situation in the economy. Economic and trade partnerships with countries such as China have reached a stable level and are improving day by day,” he continued.

Concerning next week’s meeting of the JCPOA Commission in Vienna, the Iranian senior diplomat also said that the meeting is scheduled to be held next Friday, so it was necessary to review the agenda with the friends at the Chinese Foreign Ministry before the commission.

“The latest developments in the implementation of the nuclear deal, including Iran’s measures to balance its commitments, will be discussed at the Joint Commission meeting which will be held at the level of deputy foreign ministers,” underlined Araqchi.

INSTEX has been designed by the European Union to ease legitimate business with Tehran. It was introduced on January 31 by France, Germany and the UK.

It was introduced after Washington imposed sanctions on Iran and threatened to punish any country or that does business with Tehran.

INSTEX is supposed to be a financial mechanism for transferring money despite US sanctions on Iran. Its objective is to facilitate Iran’s transactions with European companies.

On March 20, Iran’s central bank governor Abdolnaser Hemmati announced that a mechanism similar to INSTEX has been registered in Iran, officially called the Special Trade and Finance Institute (STFI).

INSTEX has been slow to roll out and limited in scope as its creators navigate complex financial regulations and hurdles, and Iran has begun to reverse its JCPOA commitments as the other parties do not comply with their JCPOA commitments.