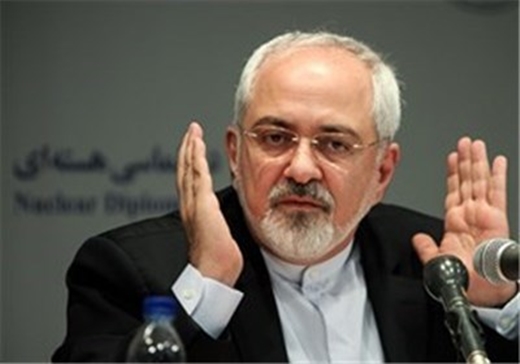 Iran's foreign minister has called on the UN to create a safe zone in Yemen to allow the delivery of humanitarian supplies to the poor country.

Iran’s Foreign Minister Mohammad Javad Zarif called on the United Nations to create a safe zone in Yemen to allow the delivery of humanitarian supplies to the poor country that has come under military attacks by a Saudi-led coalition.

“The United Nations needs to create a protected zone in Yemen for access to humanitarian aid,” Zarif said Monday in a joint press conference with his Hungarian counterpart in Tehran.

It is time for the United Nations to take control of the situation so that humanitarian aid would be delivered to Yemen, the top Iranian diplomat underscored.

He said Iran has called on the UN to shoulder its responsibilities regarding the war on Yemen in order for the ceasefire to continue in the Arabian Peninsula country.

“The (Saudi-led) attacks on civilian areas are going on and what makes it more deplorable is that humanitarian aid does not reach those areas, which is a serious challenge,” Zarif further said.

“The restrictions imposed on the people of Yemen by the Saudi-led coalition are unacceptable and violate international regulations and human rights laws.”

Saudi Arabia and some of its Arab allies on March 26 began to launch deadly airstrikes against the Houthi Ansarullah movement in an attempt to restore power to the fugitive former President Abd Rabbuh Mansour Hadi, a close ally of Riyadh.

According to Yemen’s Freedom House Foundation, the Saudi airstrikes have claimed the lives of nearly 4,000 Yemeni people so far while more than 6,887 others have been wounded.