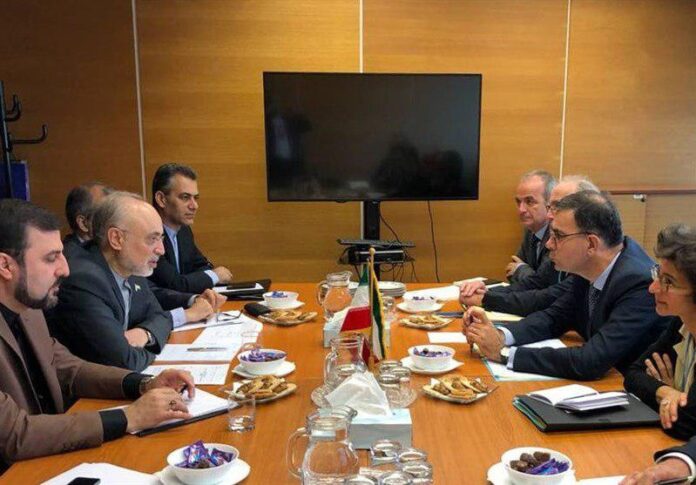 In a meeting with a UK delegation on the sidelines of the 62nd General Conference of the International Atomic Energy Organization (IAEA) in Vienna, Salehi called on London to use the Iran nuclear deal as an opportunity to enhance its ties with the Islamic Republic.

During the meeting, the two sides also exchanged views on ways to expand mutual ties in all areas particularly in economic and academic fields.

The UK’s role in the reconstruction of Arak reactor after replacing the US, exchanging students and holding workshops in nuclear fields were also discussed during the talks.

The Iranian official also held separate talks with French and Chinese delegations on the sidelines of the IAEA conference.

During the talks, he expressed satisfaction with the progress made so far on expanding mutual ties and said fortunately the project to reconstruct Arak reactor has been going on as scheduled.

He also raised the issue of establishing new small and medium-sized reactors in Iran during his meetings.

For their part, the French and Chinese delegations expressed their interests in making further investment in Iran’s nuclear energy.

Based on the Iran nuclear deal, Tehran agreed to limit its nuclear program by redesigning its 40-megawatt Arak reactor in return for the removal of Western sanctions on the country.