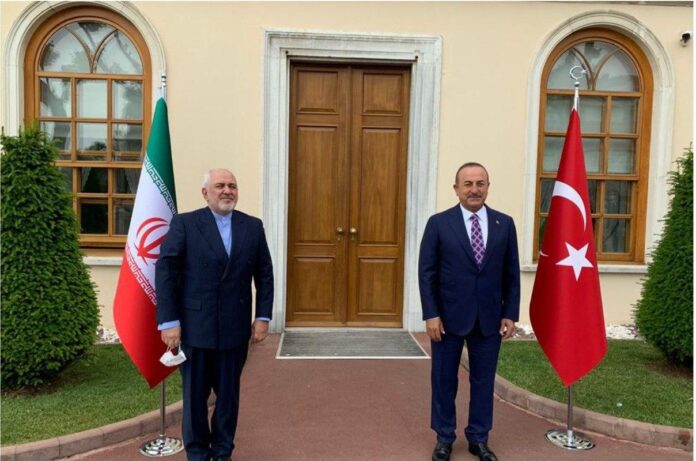 Iranian Foreign Minister Mohammad Javad Zarif has called for efforts to restart the export of natural gas to Turkey after carrying out necessary repairs to the pipeline transferring gas to the neighboring country.

In a meeting with his Turkish counterpart on Monday, Foreign Minister Zarif stressed the need to resume gas exports to Turkey and repair and reconstruct a section of the gas pipeline that has been damaged.

Natural gas exports from Iran to Turkey came to a halt in April after an explosion and fire at a pipeline on the Turkish side of the border.

The top Iranian diplomat, who is leading a delegation to Turkey, further expressed solidarity with and support for Turkey in the fight against the coronavirus pandemic and its consequences in the meeting.

Foreign Minister Zarif and his Turkish counterpart Mevlut Cavusoglu also weighed plans to make up for a decline in trade exchanges between Tehran and Ankara over the past four months due to restricting regulations in the wake of the coronavirus outbreak.

In two rounds of negotiations, the Iranian and Turkish foreign ministers agreed on holding a virtual meeting of the Astana Process Summit in the coming weeks before an actual summit in Tehran at the first possible moment, and also discussed the issues relating to Syria, Yemen, Libya, and the fight against terrorism.