Iran Urges Muslims to Unite against US Plot on Palestine 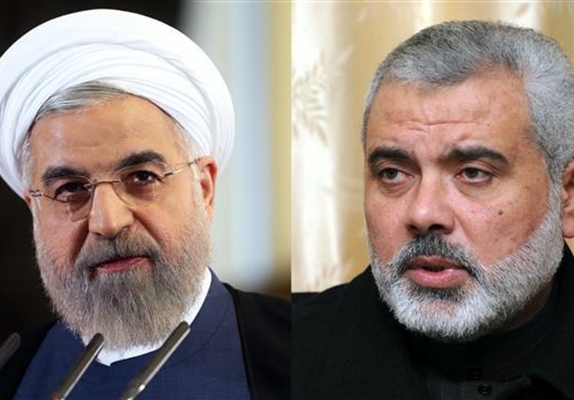 Iran’s President Hassan Rouhani has once again blasted US President Donald Trump’s “insulting” move to recognize Jerusalem al-Quds as the Israeli capital, urging the Muslim world to stand up against the plot.

Rouhani said Trump’s decision was a conspiracy against Palestine and the Muslim world and called on all Muslims to stand united against this plot.
In a phone conversation with Hamas’ Political Bureau Chief Ismail Haniyeh Monday afternoon, Rouhani highlighted that the oppressed nation of Palestine and the Muslim Ummah will undoubtedly defeat the Zionist-American plot with unity and resistance.
Slamming Trump’s decision, the Iranian president said the wrong decision once again revealed the real nature of the United States and the Zionist regime and showed they never want to recognize the rights of Palestinian people.
“In this situation and as the first step, all Palestinian movements must preserve unity to stand up firmly against the Zionist regime and the US, and as the next step, the Muslim world must stand up against this conspiracy unanimously.”
He further mentioned that the Muslim governments will unanimously voice their protest during the extraordinary meeting of the leaders of the Organization of Islamic Cooperation in Turkey on Wednesday.
The Iranian president also referred to the martyrdom of four Palestinians and injury of over 1,500 others during the new intifada and noted, “We are proud of the great Palestinian nation for their resistance and sacrifice against the Zionist enemy, and we are sure the new intifada will continue to tread the right path to safeguard the Palestinian people’s rights.”
Haniyeh also appreciated the firm stance of the Islamic Republic of Iran in support of the Palestinian people and the holy al-Quds, saying, “From the viewpoint of the Palestinian people, Iran is a strong pillar that supports the Palestinian cause.”
Haniyeh also described the decision of the President of the United States as a blatant violation of the rights of the entire Muslim community underlining that the Palestinian people would never allow the Israeli regime and the United States to achieve these goals as Jerusalem al-Quds belongs to Palestine and the Muslim World.