Iran Urges Europe to Seize Chance to Save Nuclear Deal 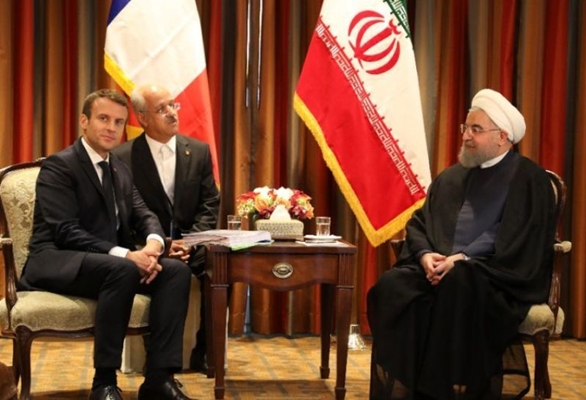 Iran’s President Hassan Rouhani says the more time passes, the more difficult it will be for Tehran and Europe to roll back to the point before Iran began scaling down its commitment under the Iran nuclear deal.

Rouhani said in a Tuesday night phone conversation with his French counterpart Emmanuel Macron that Europe has lost a great chance to live up to its commitments and work with Iran.

“Iran expects Europe to normalize its oil and banking relations in its first step in fulfilling its obligations,” said Rouhani.

He said the more steps Iran takes to scale back its commitments under the nuclear deal, the harder it will be for both sides to return the start point.

“As we have stressed time and again, the actions Iran has taken to reduce its commitments under the nuclear agreement up to this stage have been such that it is possible to rapidly roll them back if Europe secures Iran’s interests under the agreement,” President Rouhani added.

Rouhani said a trip to France by his special emissary was fruitful, stressing the need for both sides to continue negotiations to fully deliver on their commitments under the Iran nuclear deal also known as the Joint Comprehensive Plan of Action (JCPOA).

Rouhani said the JCPOA was aimed at normalizing Tehran’s economic ties with other countries.

“Unfortunately, despite Iran’s full compliance with its obligations, not only was just a small part of Iran’s economic interests secured, but also Europe failed to take serious action in that regard following the United States’ withdrawal from the JCPOA, and some European countries left Iran in compliance with the United States’ unilateral sanctions,” said President Rouhani.

The Iranian president said Washington’s economic terrorism is an inhumane act, namely when it comes to the provision of people’s basic goods.

“It would not be acceptable for the Iranian people to see Iran remain fully committed to its obligations under the JCPOA at a time with the other side does fulfil its minimum commitments,” he noted.

Elsewhere in his remarks, President Rouhani said the continuation of Washington’s tension-provoking policies in the region begets negative consequences for security and stability of relations between regional countries and nations beyond the region.

“The Islamic Republic of Iran has always been one of the key contributors to security and freedom of shipping in the Persian Gulf, the Strait of Hormuz and the Sea of Oman,” the president added.

President Rouhani touched further said the White House will not benefit from its hostile actions against Iran, and that the continuation of this trend will result in a lose-lose situation for everyone.

“Iran has not initiated any tensions in the region, and won’t do so, but will firmly defend its interests against any acts aimed at instigating tensions,” he said.

He embraced and appreciated efforts by the French president to settle problems, saying Iran always welcomes any initiative aimed at working out fair solutions and initiating constructive dialogue.

The French president, in turn, described as positive the visit to Paris by President Rouhani’s special envoy, saying his country will leave no stone unturned to secure Iran’s interests under the JCPOA and normalize Tehran’s economic ties with other countries.

Macron dismissed as unacceptable Washington’s unilateral sanctions against Iran. He said more cooperation as well as fresh impetus is required to work out a fair and suitable solution in order to ease tensions in the region and produce positive results.