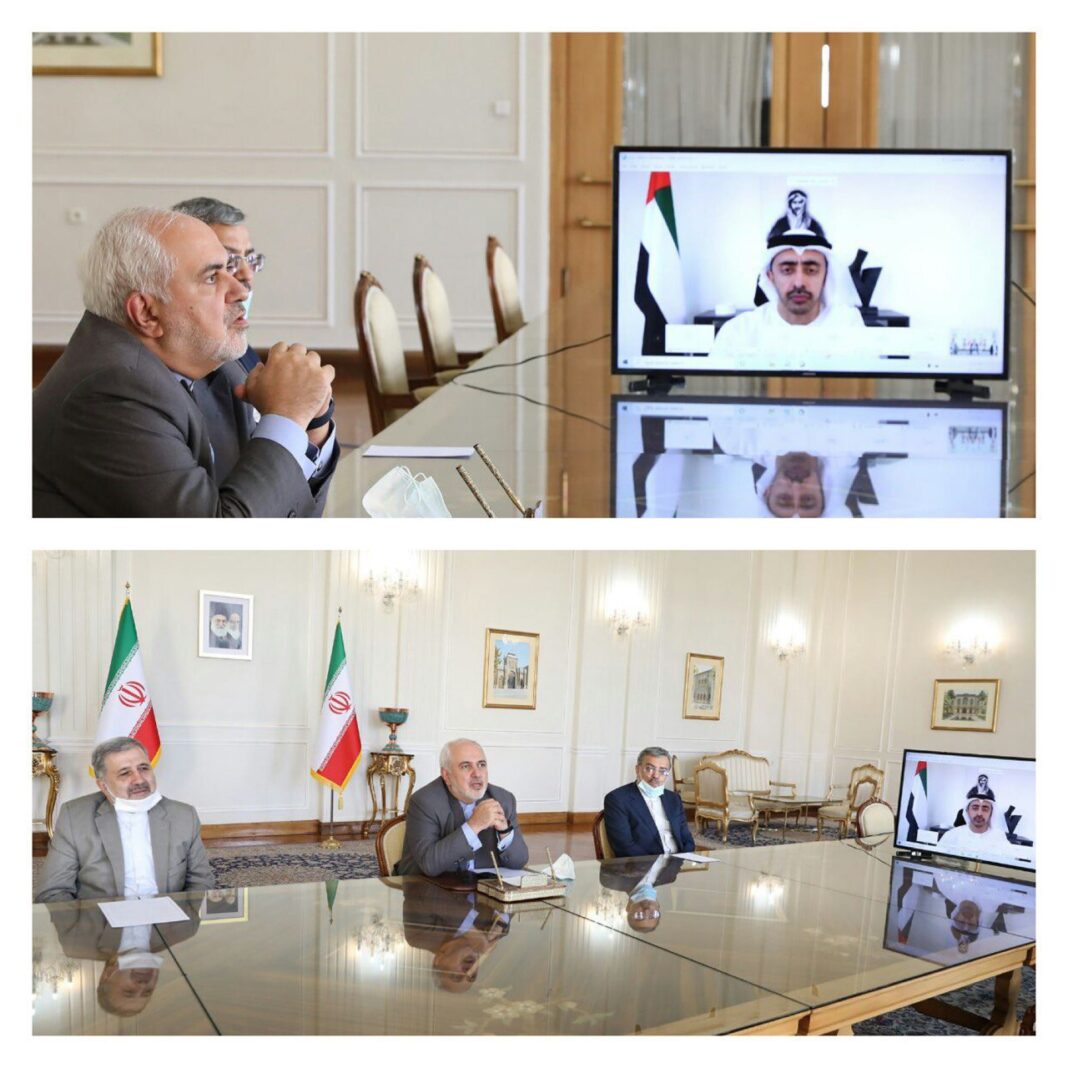 In the Sunday talks, which were held via a video conference call, the two top diplomats expressed their preparedness to expand Iran-UAE cooperation in various fields in line with the two countries’ common interests.

Zarif highlighted the sensitive situation of the region, and underlined the need for dialogue and mutual cooperation.

“Others may take advantage of the current situation in order to destabilize the region, but we as neighbours need to think about regional stability,” Zarif said.

The Emirati side, in turn, stressed the necessity of cooperation between Iran and the United Arab Emirates in the region.
He also called for continued consultations

between the two countries and turning of challenges into opportunities.