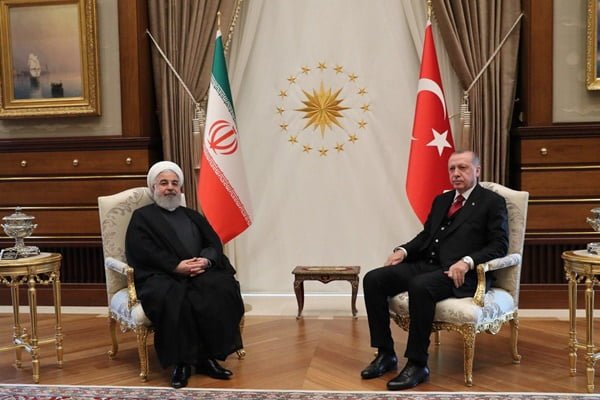 Iranian President Hassan Rouhani has discussed a range of bilateral and regional issues, including the results of ongoing Syria Peace Talks, in separate meetings with his Turkish and Russian counterparts in Ankara.

During his meeting with Turkish President Recep Tayyip Erdogan, Rouhani expressed his deep appreciation for Turkey’s hosting of Syria summit and said the joint efforts by Iran, Russia and Turkey have led to considerable achievements in fight against terrorism in Syria and the efforts should continue.

The Iranian president then called on the Islamic states especially Turkey to put more attempts into resolving the issue of Palestine and added the oppressed nation of Palestine who are entitled to return to their homelands are being massacred by Israeli regime.

He also underlined the urgency of expanding ties between Iran and Turkey.

“The strengthening of ties between Iran and Turkey has significant consequences in a number of issues like ensuring security, peace and stability in the regional states especially Yemen, preserving regional states’ territorial integrity, preventing the change of geographical borders in the region, putting an end to ultra-regional meddling in the internal affairs of the regional states and all-out fight against terrorism,” he was quoted as saying in a Farsi report by the Iranian President’s official website.

He called for expansion of ties with Turkey in areas including border cooperation, fight against organized crimes and drug trafficking, tourism, customs, banking, transit and energy.

The Iranian president said today there are appropriate opportunities and capacities for foreign investments in Iran saying Turkish businesspeople and investors can strengthen their presence in Iran’s economy.

For his part, the Turkish president said the High Council of Strategic Cooperation between Iran and Turkey will hold a meeting soon in Turkey.

He also described as constructive the two sides’ cooperation in resolving regional issues especially in war on terror. 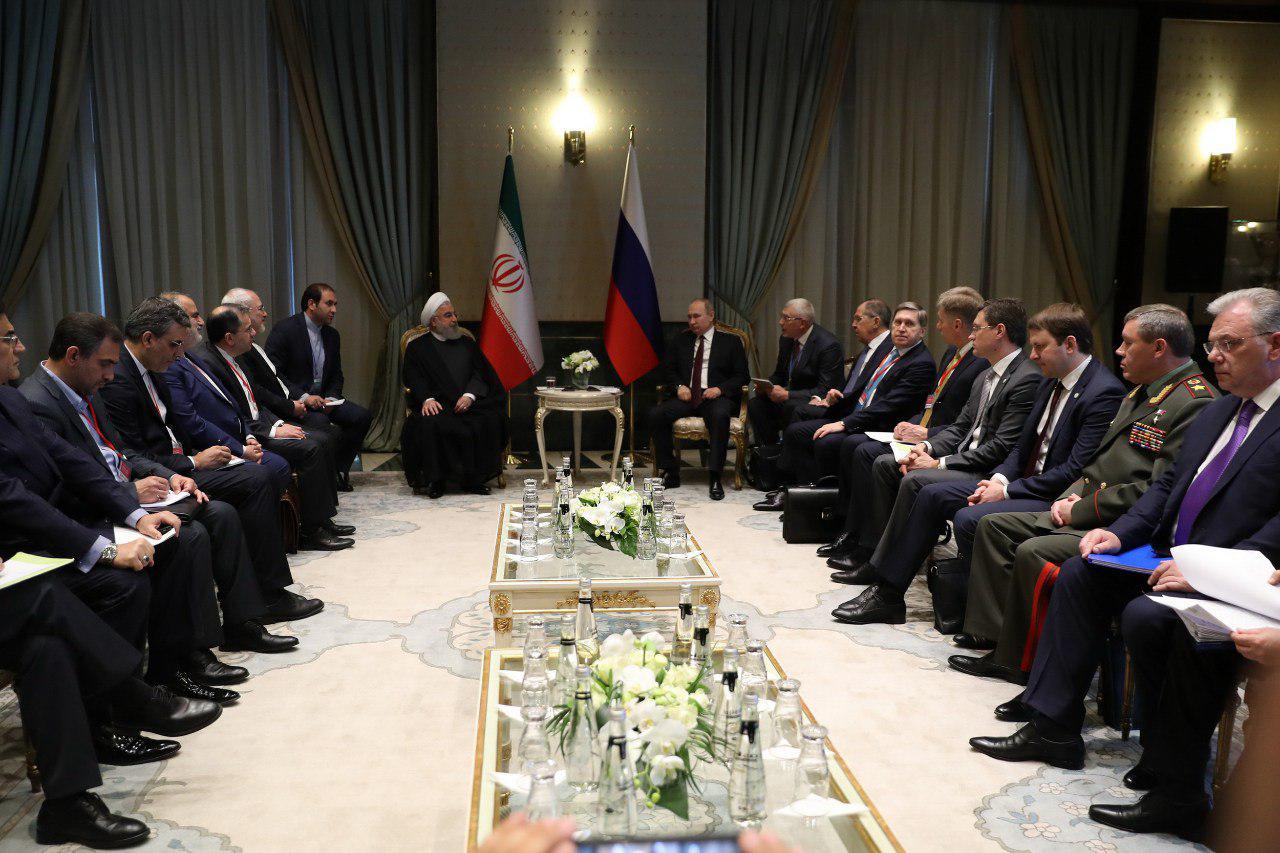 In a separate meeting with Russian President Vladimir Putin, the Iranian president referred to the growing relations between Iran and Russia and added the two sides strategic cooperation is aimed at promoting stability and security at the regional and international levels.

He called for full implementation of Iran-Russia agreements signed in economic, energy, transportation and transit fields and added further enhancement of banking relations between Iran and Russia could help their economies flourish.

“By economic relations and exchanges through their national currencies, the two sides can establish closer cooperation,” he added.

Rouhani underlined bilateral and multi-lateral relations between the two sides especially in summits on Syria should continue to speed up the process to restore peace and stability to Syria.

He referred to the 12 meetings held between him and Putin over the past four years and said Iran and Russia have similar stances on many regional and international issues.

The Iranian president also called on all involved sides in Iran’s nuclear deal to remain committed to their pledges.

“If we can’t reap the fruits of the JCPOA, we will make an appropriate decision about it.”

He also called for further attempts by Iran and Russia to put an immediate end to the massacre of Yemenis and the humanitarian crisis in the impoverished country brought about by Saudi Arabia’s war.

For his part, Putin called for further expansion of ties between Iran and Russia in various fields and said his country is interested in making further investments in Iran’s economy.

He said the two sides should put more efforts into expanding their banking relations and using their national currencies in bilateral trade exchanges.

The Russian president said Iran remains committed to the JCPOA and called on the international community to back the full implementation of the nuclear deal.

“Any blow to the nuclear deal will tarnish regional and international diplomacy.”

He praised Iran as a big regional player with a smart nation and concluded Iran should achieve its appropriate status at regional level with all other states respecting it.