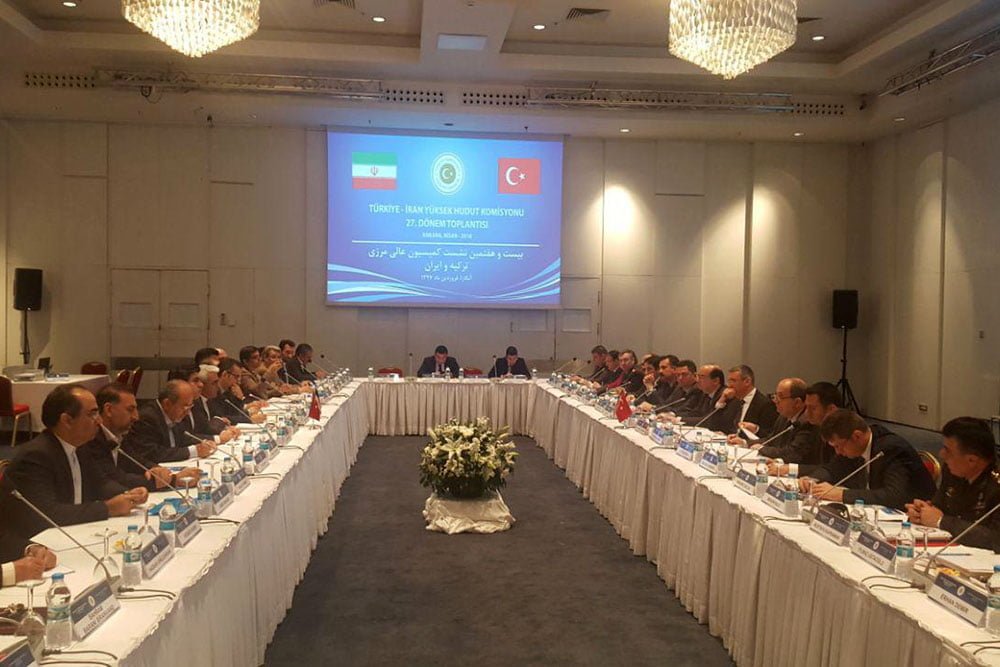 The 27th meeting of Iran-Turkey High Border Commission was held on Tuesday in Ankara after a six-year hiatus.

It was also attended by representatives of a number of civilian and military organizations from both sides.

During the meeting, the participants exchanged views on bilateral border issues, the enforcement of border laws, relations between the two sides’ border guards, border gates affairs and water and environment issues along the borders.

They also explored ways to develop a comprehensive mechanism to effectively stop illegal border crossings, prevent human and drug trafficking across the border and fight against terrorist and criminal groups. They also agreed to expand their cooperation in the mentioned fields within the framework of border deals earlier signed between the two sides.

Following earlier talks and negotiations, they also agreed principally to update their border documents and treaties.