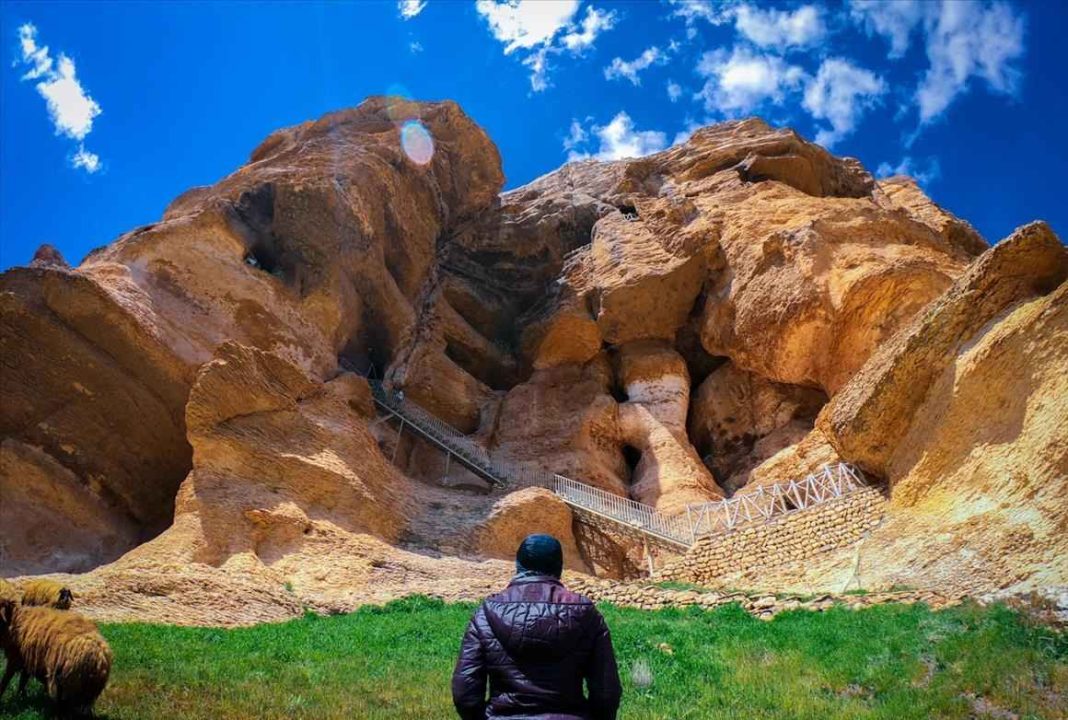 Karaftu Cave is a mysterious and wonderful cave in Iran that is located 67 kilometers off the city of Divandarreh in Iran's Kurdistan Province.

The cave is located in a mountainous area overlooking a deep and beautiful valley to the south and is beset with numerous hideouts, holes and crypts.

These make the cave warm during winter and cool during summer, hence a favorable residence for humans.

The limestone cave was formed in the Mesozoic geological period (251-65 million years ago) and has been used as a residence for human beings in different periods.

This shows the site has been used as a residence by Seleucids before they were pushed back by the army of Mithridates II of the Parthian Empire in Iran around 100 BC.

The use of the cave as a residence was originally thought to date back to that period. However, later research showed Karaftu has been used a human residence since at least 5,000 BC.

Karaftu was registered as a national heritage of Iran in 1939.