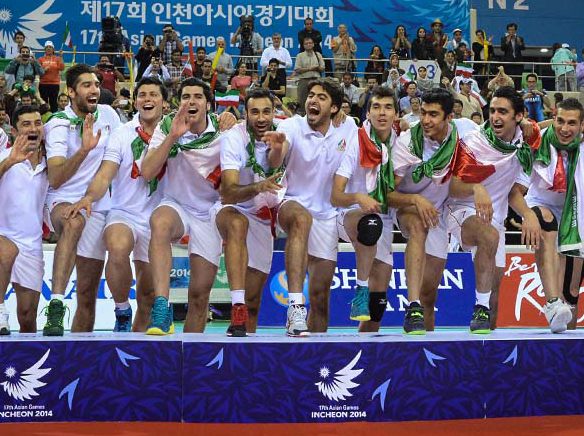 The recent successes of Iran's football and volleyball teams have prompted a Korean website to praise the Islamic Republic for its historic achievements.

The Iranian national volleyball team recently stood in the third place in the FIVB World Grand Champions Cup in Japan and earned its first ever world medal.

According to a Farsi report by ISNA, Iran’s national football team has also qualified for the 2018 FIFA World Cup as the first Asian team without losing any match. It also holds the 25th place in the FIFA ranking and is the highest-ranking Asian side.

Following these accomplishments, a Korean website has written that Iran is becoming the continent’s first sports power, and it seems that Iran’s sports class is different from the rest of Asia.

It should not be forgotten that Iran’s national basketball team is also one of the continent’s most powerful teams, which ranks second in the continent after China. This shows that the Islamic Republic is turning into a major power in the continent.