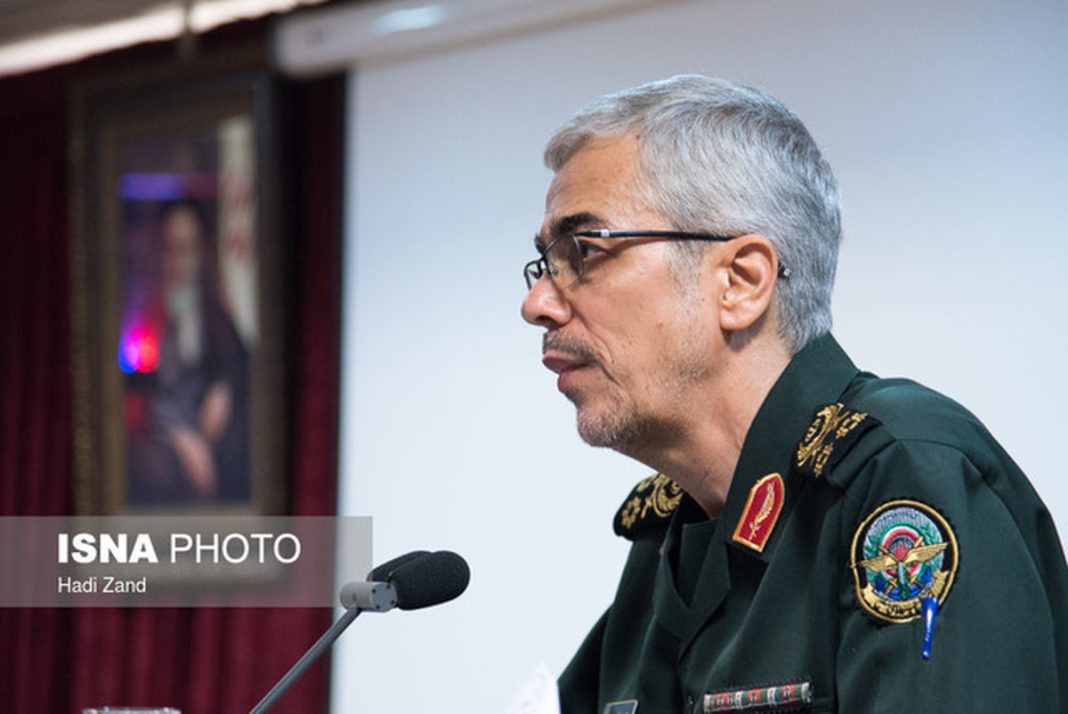 The chairman of Iran’s Joint Chiefs of Staff has warned the US forces in the Persian Gulf against taking any hostile action against the Islamic Republic.

Brigadier General Mohamamd Bagheri said the US forces know too well that if they try to harm Iran’s interests in the Persian Gulf or its coast or oil rigs, they will be confronted by the forces of the Islamic Revolution Guards Corps.

General Bagheri noted that the capabilities of the IRGC’s naval forces including the quality and quantity of its warships, missile launchers and precision missiles are not comparable with the past.

He however said in the past couple of cases, when US patrols entered Iran’s territorial waters by mistake, they were arrested and released out of compassion by Iran.

General Bagheri said the US forces promised not to trespass into Iran’s maritime territory, and they have kept their word thus far.

Iran has repeatedly warned foreign adversaries including the US against any aggression on its territory, saying such a move will be met with a crushing response.