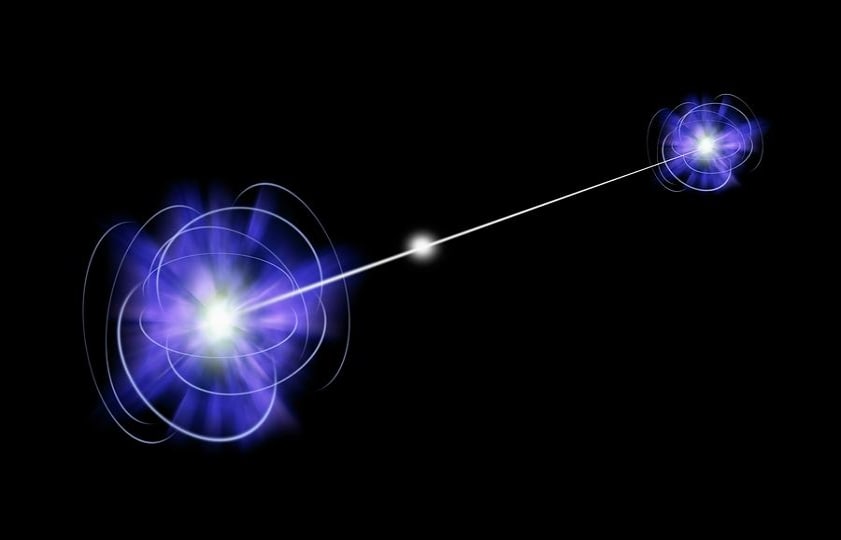 Iran is to carry out the third experiment on the safe quantum transmission of photons from the International Atomic Energy Organization of Iran (AEOI) to the Milad Tower, a landmark in the capital, Tehran.

The test will be performed using state-of-the-art equipment by experts and researchers at the AEOI’s Quantum Technologies Centre.

In this transmission method, by establishing a quantum link based on the entanglement principle, messages are encrypted with a safe method and data is transmitted through a specified path between two specific points. Then the message in question is encoded using a quantum key and is sent to the destination where it is decoded, again with the help of the quantum key, which cannot be copied and hacked as it is based on quantum entanglement.

A host of top officials will be present at the ceremony, including Vice President for Science and Technology Sorena Sattari, head of the Atomic Energy Organization of Iran (AEOI) Ali Akbar Salehi, ICT Minister Mohammad Javad Azari Jahromi, and Defence Minister Brigadier General Amir Hatami.
The experiment is part of the infrastructure needed for the development of a quantum satellite, quantum radars/lidars, and quantum networks.