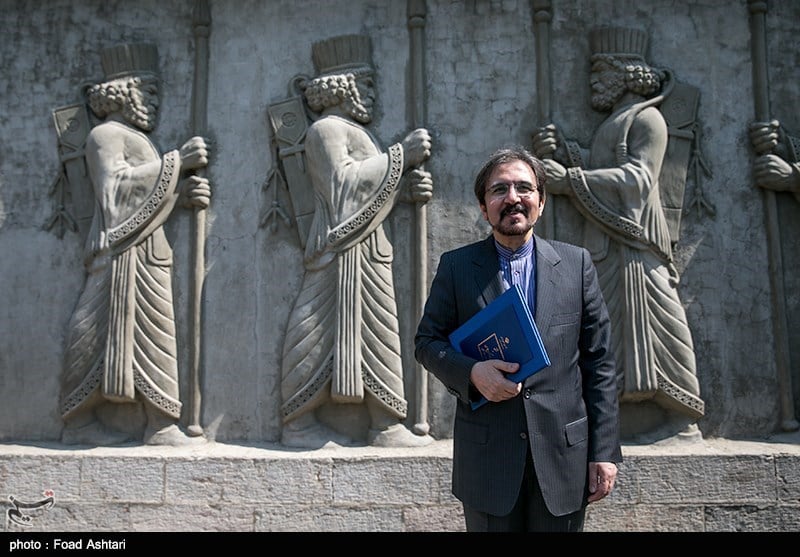 Iran’s Foreign Ministry spokesperson announced plans for the opening of the country’s interests section in Saudi Arabia, which severed diplomatic ties with the Islamic Republic in 2016.

In an interview with PANA news agency, Bahram Qassemi voiced Iran’s readiness to hold negotiations with Saudi Arabia, saying Tehran has not rejected calls for mediation by third countries.

Saudi Arabia appears to be reluctant to mend ties with Iran, he said, adding, “We believe that the problems originate mostly from inside Saudi Arabia. Because of some internal problems that Saudi Arabia is facing and certain foreign issues, Mr. Trump’s election (as the US president) and the relations he has established with Saudi Arabia, and Trump’s analyses of Iran, they (Saudis) are somehow under the illusion that they may win more concessions from Iran through patience.”

Asked about the future of diplomatic relations between Tehran and Riyadh, Qassemi said Switzerland has been representing Iranian interests in Saudi Arabia under an agreement reached with Bern eight months ago.

“There have been advances made in the past two weeks, and I believe there are signs that (Iran’s) Interests Section office would open and become active.”

The spokesperson then pointed to the international anger at the US and Washington’s policies towards its age-old allies, saying, “There is indication even in the Persian Gulf littoral states that there are concerns about Trump’s policies, because they have the feeling that Trump is only seeking to empty their pockets.”

Tensions ran high between Tehran and Riyadh after Saudi Arabia’s execution of prominent Shiite cleric Sheikh Nimr al-Nimr in January 2016, and a subsequent attack by outraged Iranian protesters on the Saudi embassy in Tehran, which resulted in the Arab country’s decision to sever its ties with the Islamic Republic.

The controversial move was preceded by a deadly crush of Hajj pilgrims in September 2015, which killed more than 460 Iranians.