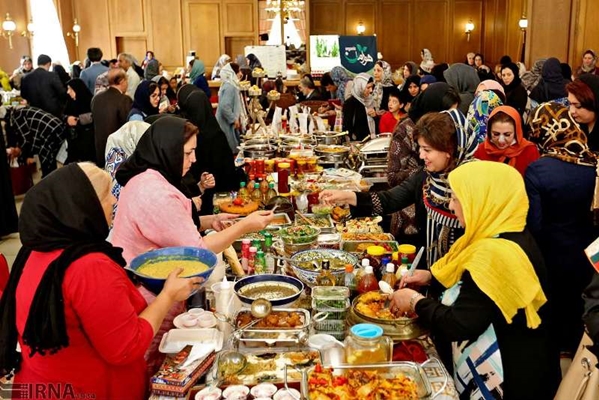 Iran is to hold the first International Gastronomy Festival with the main goal of bringing various countries and nations closer together through the means of food, said the director of the festival, Jalal Zokaee.

The official told reporters that the first edition of the Festival will be held on May 10-15 in the capital city Tehran.

“Food is not merely an organic product or a bio-chemic composition but a cultural element playing a role in the daily life of each member of a community,” he said.

Food serves as a common language among all nations just like language, he said, adding that cuisines can be used as a vehicle to exchange affections and excitements.

“So, food is an ideal product with high capacities to be used as a tourist attraction,” he said.

Offering a scientific approach to cuisine, commercializing the Iranian cuisine and promoting their curing features are among other goals of the international Gastronomy Festival, said Reza Eslami, director for tourism and handicrafts affairs at the Touring & Automobile Club of the Islamic Republic of Iran (TACI).

According to the official, the festival is set to be held at Tehran’s Milad Tower.

“A number of countries and some non-governmental organizations have been invited to take part in the festival,” he said.

The first edition of the Tehran International Gastronomy Festival is to be co-organized by Iran’s Cultural Heritage, Handicrafts and Tourism Organization; Foreign Ministry; Ministry of Culture and Islamic Guidance; the Cultural Institute of the Economic Cooperation Organization (ECO); and the Touring & Automobile Club of the Islamic Republic of Iran (TACI).