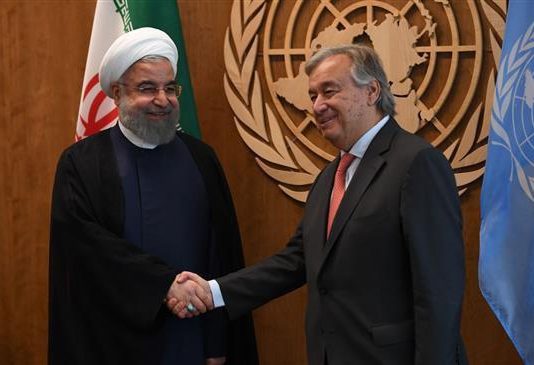 Iranian President Hassan Rouhani on Monday held separate meetings with a number of world leaders including his French counterpart and the UN Secretary-General on the sidelines of the UN General Assembly in New York.

During the talks with UN Secretary-General António Guterres, Rouhani called on the global body to do its best to implement the World Against Violence and Extremism (WAVE) resolution.

“Iran has engaged in valuable operations against terrorism in the region. Political solutions must be sought for regional problems,” he added.

Rouhani also highlighted the importance of supporting Iraq’s constitution and territorial integrity while stressing the dangers of the upcoming referendum in Iraq’s Kurdistan region.

The UN Chief, for his part, stressed the importance of the correct implementation of the JCPOA, a nuclear deal between Tehran and world powers. 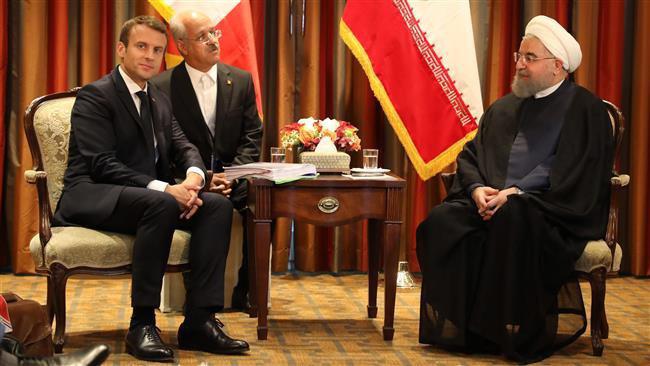 Also in a separate meeting with French President Emmanuel Macron, Rouhani said that the Trump administration’s behaviour toward the JCPOA was “worrisome” for the international community.

“The JCPOA conveyed this message that complicated international issues could be resolved through dialogue and in a win-win framework, and any damage to it could transmit this dangerous message to the world that diplomacy cannot settle problems,” the Iranian president said, according to Press TV.

Macron, for his part, called for the full implementation of the JCPOA, adding that any renegotiation of the agreement would be “meaningless.”

He also noted that Paris was committed to and supported the nuclear accord. 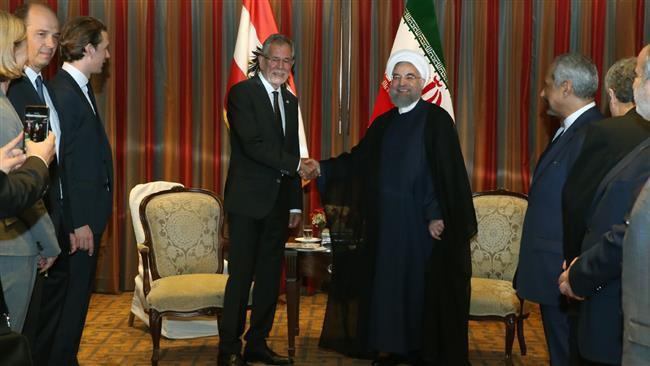 Rouhani stressed that the full implementation of the JCPOA benefited the European Union and the region, underlining the need for the bloc to increase its efforts to sustain the deal.

The Austrian president, for his part, urged the reinforcement of Tehran-Vienna cooperation in all fields.

The EU coordinated the negotiations that led to the JCPOA. The body has been assertive in its support for the JCPOA. 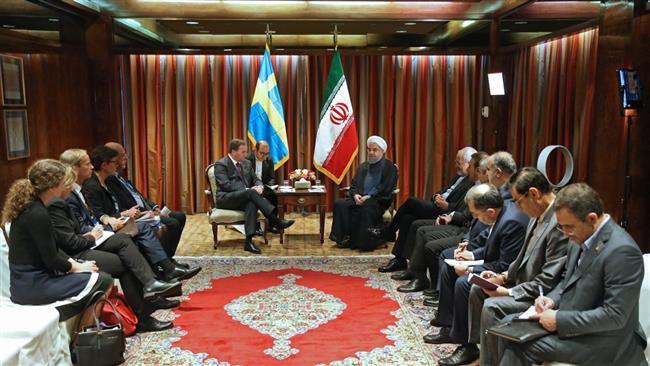