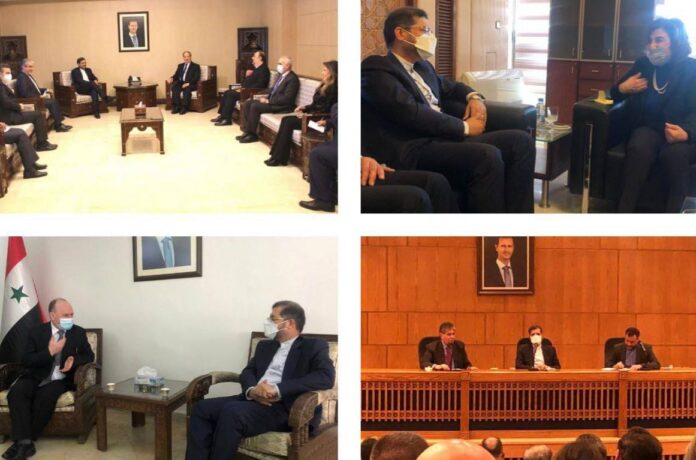 The meetings were held in Damascus in line with Iran-Syria cooperation in public diplomacy, media and cultural arenas.

During his trip, Khatibzadeh held talks with Syrian Foreign Minister Faisal Mekdad where the two sides discussed the latest situation of bilateral ties as well as cultural and media cooperation.

In the meeting, the top Syrian diplomat underlined the importance of boosting mutual cooperation in cultural and media arenas.

Khatibzadeh also held talks with the Syrian minister of information and culture, minister of science and Bouthaina Shaaban, the senior advisor the Syrian president.

In the meetings, the Iranian foreign ministry spokesman stressed the need to further expand cultural and media cooperation between the two sides.

He also expressed pleasure with Syrian people’s resistance against terrorism and underlined Iran, like in the past, will stand by the Syrian government and nation in helping with the economic reconstruction of Syria and boosting cultural cooperation with that country.

In the meetings, the Syrian authorities also underscored that the Syrian nation will never forget Iran’s support for Syrian people.

Khatibzadeh also delivered a speech at the Syrian Diplomatic Academy and took part in a meeting of the country’s Institute for Strategic Studies.

He also attended a meeting with Syria media and answered journalists’ questions.