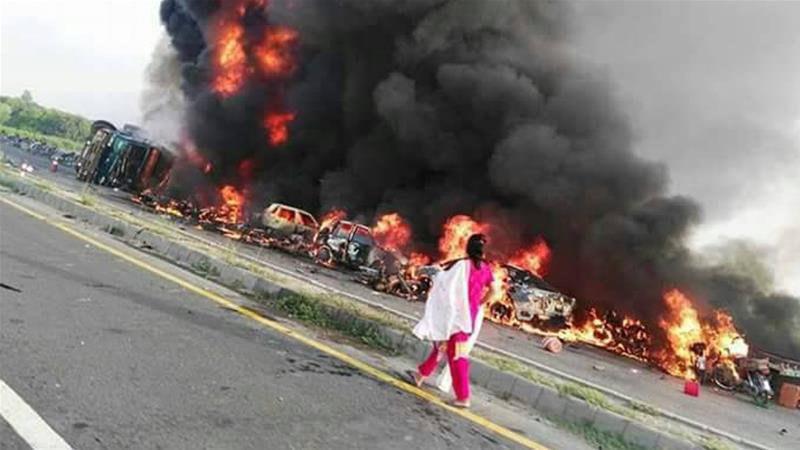 Iranian foreign ministry spokesman has offered condolences to Pakistan over a huge tanker fire that has killed and wounded hundreds of people.

In a statement on Sunday, Bahram Qassemi expressed regret over the deadly tanker fire near Bahawalpur, and sympathized with the Pakistani nation, government, and the bereaved families of the victims.

At least 141 people were burnt to death and scores injured after an oil tanker caught fire in Bahawalpur’s Ahmedpur East town on Sunday morning, officials said.

More than 60 people were reported injured and taken to two local hospitals in critical condition.

Most of those taken to the hospitals got 70% burn injuries, while more deaths are feared.

The victims, mostly from the locality nearby, had rushed to the site with utensils to collect oil spilling from the overturned tanker.

Eyewitnesses said some people in the vicinity were smoking cigarettes, which could have ignited the inferno.