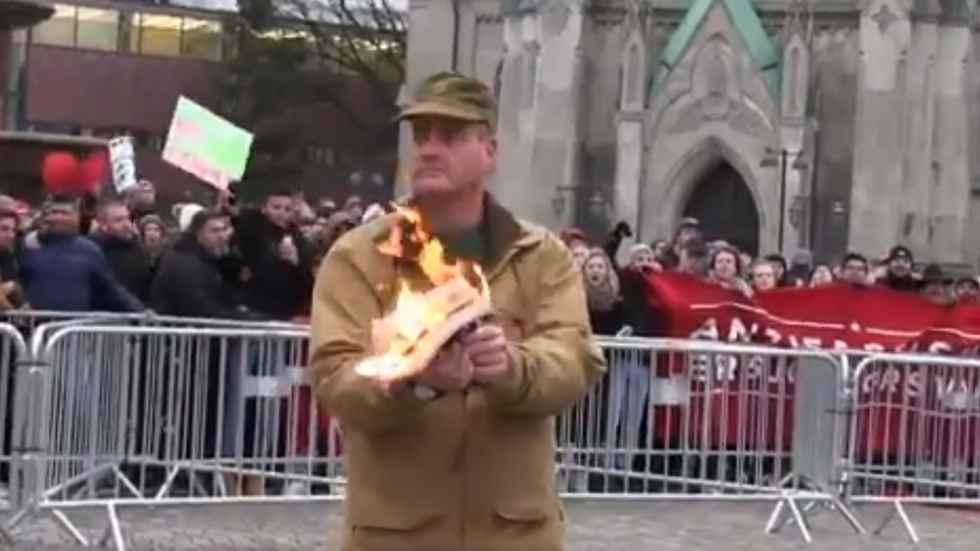 Following the burning of the Holy Quran by the leader of the SIAN or Stop Islamization of Norway, the Norwegian chargé d'affaires has been summoned to the Iranian Foreign Ministry in the absence of the country's ambassador.

In a meeting with the Norwegian envoy, Director of the North European Affairs of the Iranian Foreign Ministry strongly protested against this hideous act in the European country, and warned about the dangerous consequences of such acts of spreading extremism and violence.

Referring to the disgraceful act that hurt the sentiments of Muslim people across the world, the Iranian official said “one cannot insult the beliefs and sanctities of more than 1.5 billion Muslims in the world under the pretext of freedom of expression.”

He also urged the Norwegian government to prevent the recurrence of such seditious acts and to deal with its perpetrators.

The Norwegian official, in turn, emphasised that he will covey the objection of the Islamic Republic of Iran to his government, adding, “The Norwegian government completely rejects this move, and Oslo’s main policy is to support freedom of expression and opinion and to prevent hate speech.”

“The Norwegian government commits itself to protecting the security of Muslims living in the country and to preventing extremist and divisive acts,” he added.

A scuffle broke out after the leader of the “Stop Islamisation of Norway (SIAN)” rally, Lars Thorsen, tried to burn a copy of the Quran in the city of Kristiansand despite warnings from local police officials.

In a video on social media, a young man who is now called “the Muslim hero” could be seen jumping into the barricaded circle to save the holy book from being desecrated.

The rally then turned violent, after which police took Thorsen and his attackers into custody.