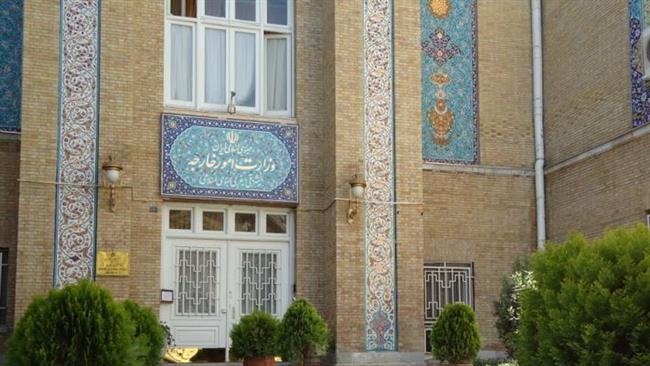 The Iranian Foreign Ministry recommended the Bahraini government focus on the root causes of the ongoing problems in Manama in a bid to settle them.

Iran has summoned the Bahraini charge d’affaires in Tehran and handed him a strong note of protest against the recent inappropriate comments by the foreign minister of the Persian Gulf kingdom.

Iran’s Foreign Ministry summoned the Bahraini envoy, in the absence of the Bahraini ambassador to Tehran, on Monday to urge the kingdom’s officials to rectify their conduct and comments.

The Iranian ministry recommended the Bahraini government focus on the root causes of the ongoing problems in Manama in a bid to settle them.

Iran also emphasized that playing a blame game and leveling accusations against other countries would not help solve the Bahraini woes.

The move came a day after Bahrain’s Foreign Ministry summoned the Iranian Chargé d’affaires to Manama Mohammad Reza Babaei to protest against what it alleged was Iran’s meddling in the affairs of the country.

Addressing senior Iranian officials and ambassadors of Muslim countries in Tehran on Saturday on the occasion of Eid al-Mab’ath, Leader of the Islamic Revolution Ayatollah Seyyed Ali Khamenei expressed support for the “oppressed” nations of Yemen, Bahrain, and Palestine.

“We support the oppressed as much as we can and to the extent that our abilities and our facilities allow, it is our duty,” Ayatollah Khamenei said.

On his Twitter account, Bahrain’s Foreign Minister Shaikh Khalid Bin Ahmad Al Khalifa alleged that the comments constituted interference in the internal affairs of the kingdom.