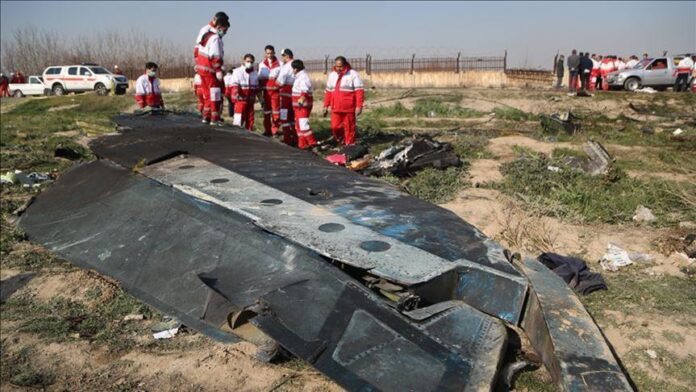 The Iranian Foreign Ministry spokesman has categorically rejected remarks by the secretary of the National Security and Defence Council of Ukraine who, in an interview with Canadian media, claimed the 2020 Ukrainian plane crash in Iran was a deliberate act.

“It is regrettable that despite all explanations as well as expert and specialized reports, some Ukrainian officials still keep making politically-motivated and ambiguous comments and express their imaginary and dictated hypotheses in interviews with media,” said Saeed Khatibzadeh on Friday.

“It seems that neither the settlement of [controversies and issues surrounding] this bitter accident within the framework of objective and expert-approved realities nor easing the sufferings of victims’ families is a priority to Ukrainian authorities,” said the spokesman.

“Rather, they (Ukrainian officials) try to use this accident as a pretext to link their domestic problems or [problems pertaining to their] foreign relations with other countries to this tragic accident and make political capital out of it,” he added.

“It goes without saying that efforts to get such political mileage are not acceptable,” Khatibzadeh said.

“The Islamic Republic of Iran once again expresses its readiness to hold talks with all sides within the framework of the law and international norms, and urges all sides not to make comments which are not in conformity with logic and law,” he added.