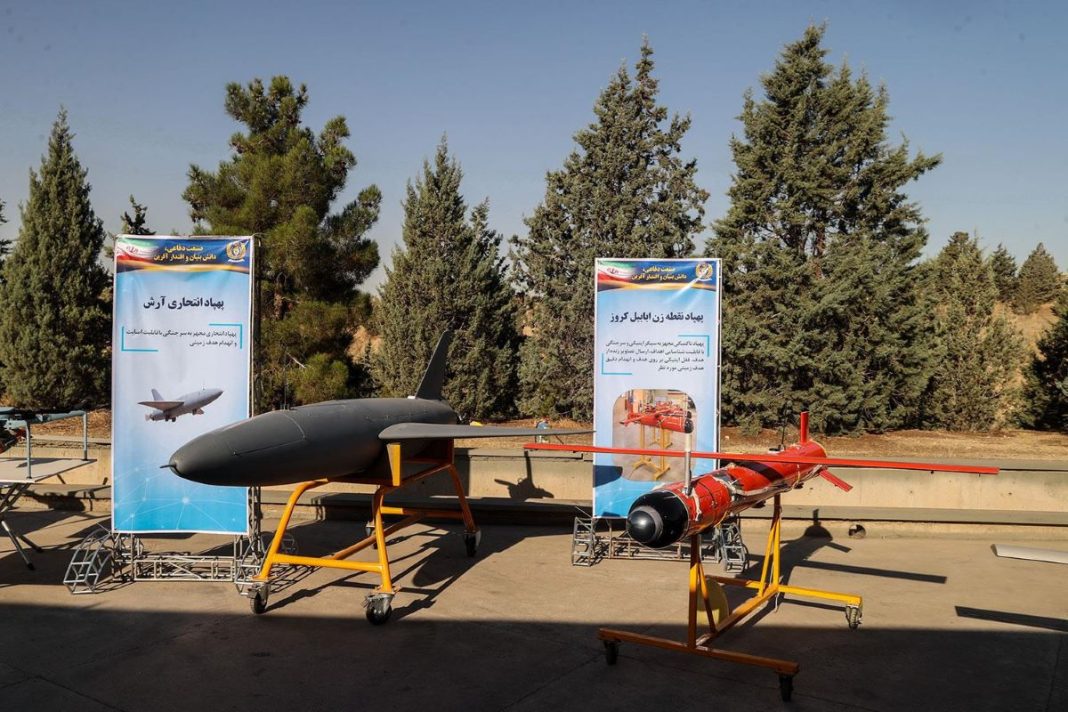 Ababil (Flock of Birds) was unveiled during a visit by Parliament Speaker Mohammad Baqer Ghalibaf to an exhibition on Saturday.

The Armed Forces’ latest achievement in the field of unmanned aircraft is a cruise missile carrying a drone with high destructive power.

The aircraft has been outfitted with an optical seeker and a warhead capable of detecting targets. It is also able to capture and relay live images of the targets, lock on terrestrial targets, and destroy them with precision.

The Iranian Armed Forces are yet to unveil the exact flying range of the new drone and its destructive power.

The other product unveiled in the exhibition was a point defense system for the protection of vessels.

The system, named after Lt. General Qassem Soleimani, is used for the defense of a vessel against aerial targets at low altitudes.

The point defense weapon is furnished with two missiles with heat seekers and a Gatling cannon.

In February, the defense minister of Iran unveiled plans to boost the country’s drone capabilities and diversify the utilities of the UAVs used by the military forces.