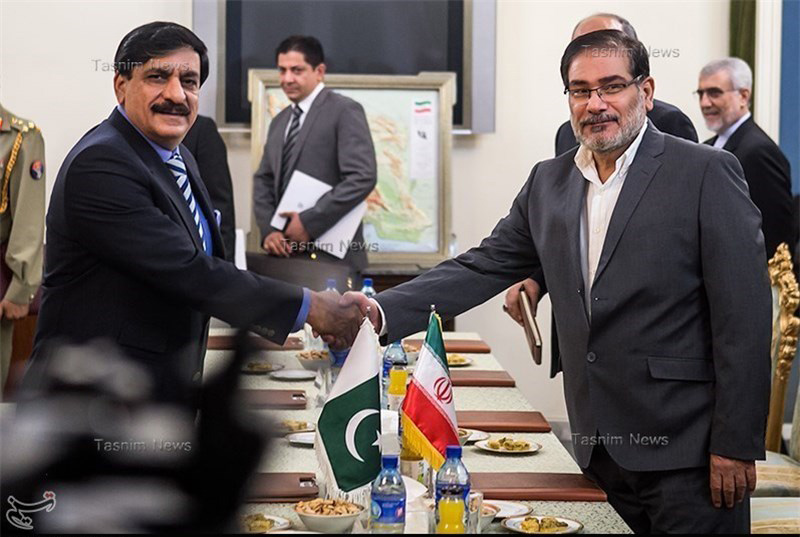 Secretary of Iran’s Supreme National Security Council (SNSC) called for urgent, joint measures with Pakistan in the fight against terrorism, stressing that Tehran will not let outsiders disturb its relations with Islamabad by hiring terrorists to foment insecurity along borders.

Iran will not allow certain countries to upset its relations with Pakistan by arming and hiring terrorists for creating insecurity along the common border, Ali Shamkhani said in a meeting with Pakistan’s National Security Adviser Nasser Janjua in Tehran on Monday.

The Iranian official also emphasized the necessity for ensuring sustainable border security and joint efforts by the two neighbors in the fight against narcotics smuggling, human and arms trafficking and gangs of outlaws.

Shamkhani underlined that the first priority in the war on terrorism should be countering the ideology that feeds the Daesh (ISIL) terrorist group.

Otherwise, he said, no country will enjoy security and stability, either in the region or in Europe.

For his part, the visiting Pakistani official called for Muslim vigilance in the face of foreign plots that seek to fuel conflicts among Islamic countries.

Janjua said the crises that have plagued Muslim countries are part of a long-term plot hatched by enemies to ruin the infrastructures and resources of Muslim nations with the objective of sapping the Muslim world vis-à-vis the West.

He further underscored that Islamabad intends to promote security and economic cooperation with Iran.

The top Pakistani adviser is in Iran for talks on a range of issues, including the ways to boost bilateral relations between the two neighboring countries.