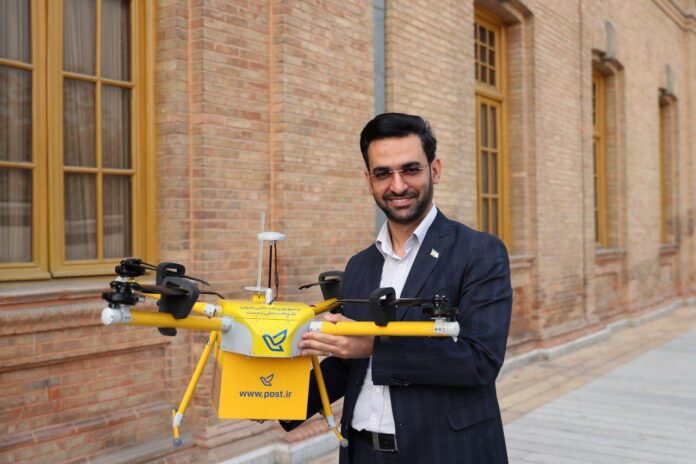 Iranian Minister of Information and Communications Technology Mohammad Javad Azari Jahromi has unveiled a plan to use unmanned aerials vehicles as a new way to deliver mail in the country.

In a post on his Instagram page on Thursday, Azari Jahromi said the good news that he had promised people would hear was the employment of unmanned aircraft systems to supplement mail delivery in Iran.

The new plan, dubbed “Post Plus”, would lower the mail delivery costs and reduce air pollution in the cities, the minister added.

“We allowed for the delivery of mail packages with drones, so that no place in Iran would remain inaccessible anymore. The rapid delivery of medicines to the hospitals and islands, surprising the others etc. are among the services that will be available to you from now on. At present, a few countries in the world have done this job. We can do it,” Azari Jahromi added.

The young minister finally praised the feedback and responses he has received from people on the “surprising news” of mail delivery drones, saying he will have more surprises for people in the weeks to come, such as the launch of a new satellite, a reduction in the cost of Internet service, and the termination of value-added service (VAS).