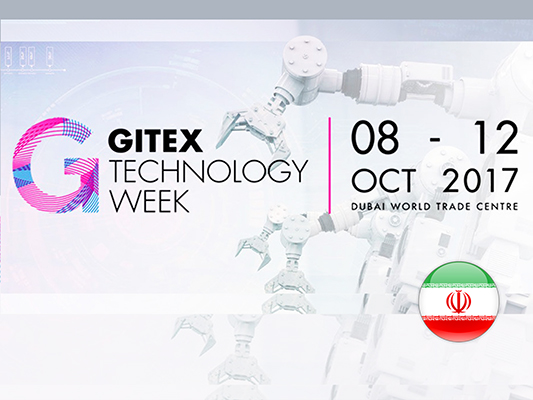 Iran will showcase its latest technological achievements in an IT Pavilion at GITEX 2017 exhibition from October 8 to 12 in Dubai, the UAE.

Speaking in a Farsi interview published by the website of Chamber of Commerce, he said GITEX 2017 will take place in Dubai in an area of over 90,000 square metres with the participation of 4,700 companies from 100 countries.

According to him, GITEX is one of the most important ICT events in the region in which Iran can introduce its production and export potential in the field of ICT. It can also be a good opportunity for the Islamic Republic to export its technology.

“12 companies will display their achievements at Iran’s pavilion,” he said, adding that 29 Iranian start-up companies will also be present at the start-ups section.

This Iranian official pointed out that the start-ups section is going to be held for the second time at GITEX. Last year, only eight Iranian start-up companies were participating, but this time 29 of such companies will represent Iran at the event.

“One of the things we have to do at the international exhibitions is to introduce Iran as an active participant in the ICT field and make the Iranian brands known to the world.”

According to Tala’ee, in the past two years Iranian companies have managed to carry out projects abroad in partnership with some foreign firms.

He believes that the stronger presence of Iranian ICT companies in this exhibition proves the Iranian companies have come to the conclusion that they should be more active at the international events. Accordingly, the number of companies at Iran’s pavilion has increased from 6 to 12. The number of Iranian start-up companies also grew by around 260 percent.

On the sidelines of this event, a conference on Iran and the world’s Information Technology will be held with the participation of Iranian private sector, and the decision-makers of the ICT field next to representatives of leading and world-renowned companies on October 19.