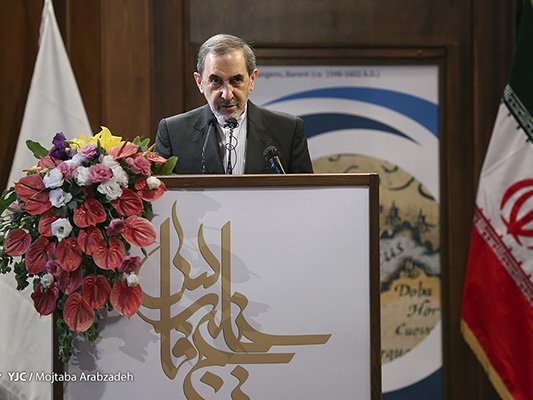 A top Iranian official says colonialists will not live to see their dream of changing the name of “Persian Gulf” come true.

Ali Akbar Velayati, an advisor to Leader of the Islamic Revolution Ayatollah Seyyed Ali Khamenei, says any change in the name of the Persian Gulf will be a prelude to false claims of ownership on Iran’s territory.

Velayati made the comment in a ceremony to unveil the “Persian Gulf” book, reported the Persian-language Iranian Students’ News Agency (ISNA).

“We haven’t done enough regarding the Persian Gulf and other parts of Iran,” the Leader’s advisor noted.

“The story of the Persian Gulf and the wicked talk of changing its name by certain entities are, in my view, a transient issue and what is right will finally rule the day,” he said.

“In the items left behind by the [ancient] Greek and the maps they had drawn in accordance with the circumstance of the time, the words used are synonymous with the Persian Gulf,” Velayati said.

He underscored that it was the UK that initiated the move to change the name of the Persian Gulf, not in a bid to change it to the “Arab Gulf,” but to eliminate the word “Persian,” and that is why British media use the misnomer “Gulf” to refer to the body of water.

Velayati, however, noted that even the UN has stressed that the right phrase is “The Persian Gulf.”

“This is while our shores in the Persian Gulf along with all our islands there cover an area more than all of the shores belonging to the six Persian Gulf littoral countries combined,” he said.

He then put emphasis on the strategic importance of the Persian Gulf.

“From the viewpoint of geopolitics experts, anyone who dominates the Persian Gulf has, in fact, dominated the Indian Ocean.”

He said countries such as Saudi Arabia are the mouthpieces of the US and Israeli regime and other global hegemons.