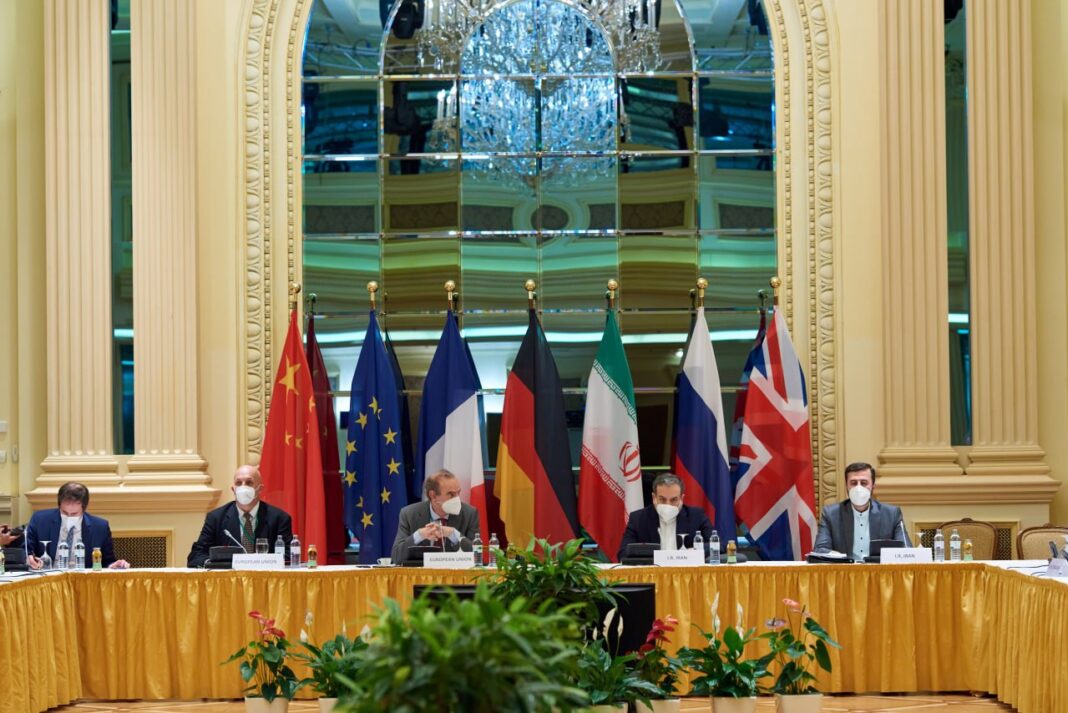 In the past few days and since the plenary meeting of the JCPOA Joint Commission, several bilateral and multilateral meetings have been held at the level of deputies and political directors, and also at the level of experts between the Iranian delegation and the negotiating teams of the European Union, the three European countries, China and Russia.

The meetings have been held even on holidays without any change in the schedule, and have lasted even until late night.

In one of these meetings, the heads of the Iranian, Chinese, and Russian delegations held a trilateral meeting on Monday at Vienna Grand Hotel to discuss and exchange views on the latest status of the talks and to coordinate their stances.

In this meeting, the Iranian delegation explained to the Chinese and Russian sides Tehran’s viewpoints regarding the draft text and the remaining issues.

The Chinese and Russian delegations, in turn, provided explanations and shared certain comments, and once again underlined their full support for Iran’s stances.

All the three delegations stressed the significance of continuing the work in a serious way and free from any haste or unnecessary delay.