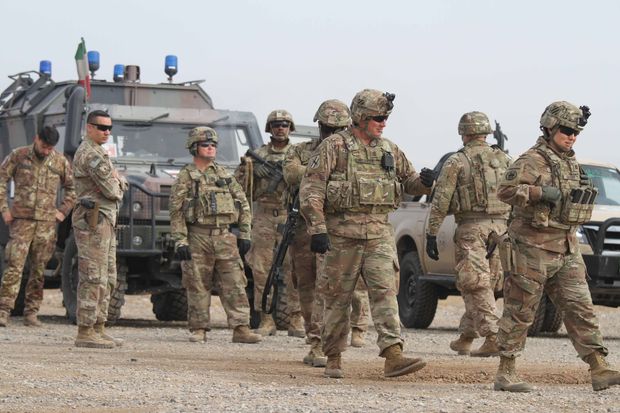 Iran’s Envoy to the UN says any negotiations between Tehran and Washington, including a possible meeting between the two countries’ presidents, are out of the question as long as the US maintains its policy of economic terrorism against Iranians.

Majid Takht-Ravanchi said the security situation in Afghanistan remains unstable despite the US military presence in the country.

“After almost two decades of US invasion of Afghanistan, it is quite clear that the US has no choice, but to leave that country, and the sooner, the better,” he said at a meeting of the United Nations General Assembly in New York about the situation in Afghanistan and its implications for international peace and security.

“As we have stated time and again, the time-bound and responsible withdrawal of all foreign forces is a strong national demand of the people of Afghanistan,” said Takht-Ravanchi.

“The increase in the attacks by Daesh (ISIS) is a source of grave concern and underlines the need for combating them seriously and resolutely,” he highlighted.

He said certain countries help transfer ISIS elements from Syria and Iraq to Afghanistan, which has significantly boosted the combat capability of the terror group.

“Therefore those countries are also responsible for the crimes committed by Daesh,” said the Iranian envoy.

“Afghanistan is passing through a critical juncture and there are alarming trends in its political and security domains,” said the top Iranian diplomat.

He called on all parties to contribute to efforts to secure a national reconciliation agreement and permanent ceasefire deal. He also called on them to “exercise maximum restraint” and avoid any actions that would deteriorate the security situation in the country.

Takht-Ravanchi further highlighted the importance of the upcoming presidential election in the country.

“Numerous efforts are being made to hold a successful presidential election on 28th of September this year. However, there are attempts to undermine this important event,” he noted.

Iran’s UN envoy called for the holding of a free and fair vote in Afghanistan.

“Holding a free and fair presidential election can further enhance the democratic institutions of this country,” said Takht-Ravanchi.

He urged the UN and the international community to support the elections process and help hold the vote as scheduled.

He further said all Afghan political groups should take part in the election.

“Iran also urges all Afghan parties and political groups as well as all Afghans eligible to vote to actively participate in the election as it is essential for the improvement of the security and socio-economic conditions of Afghanistan,” he said.