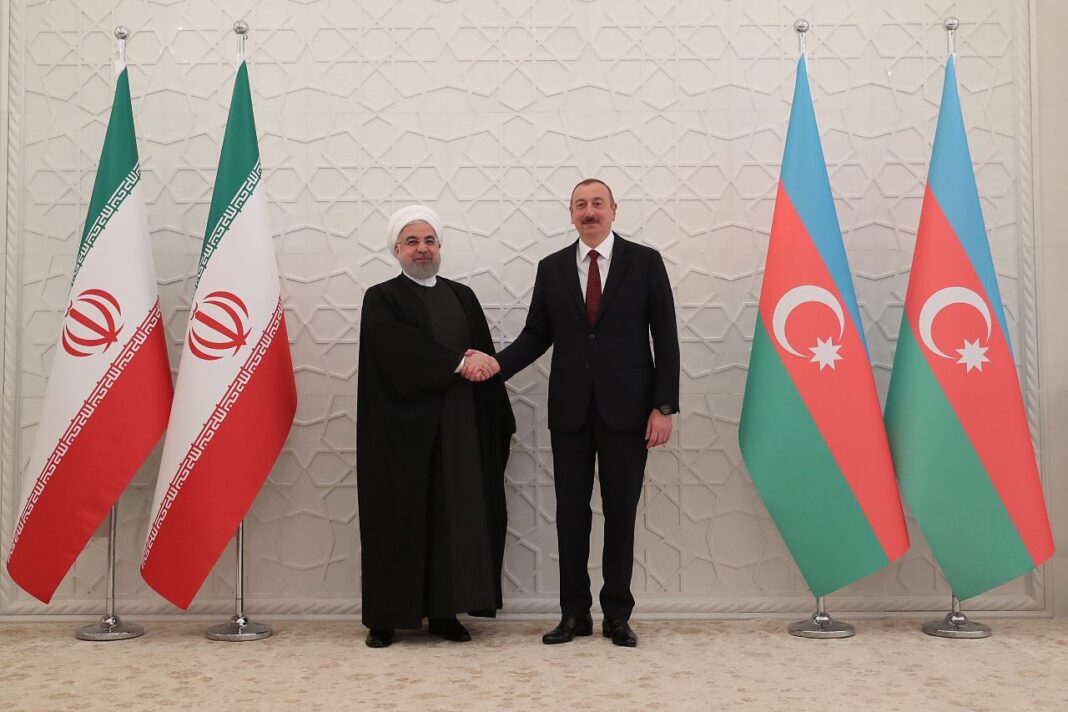 Iran's President Hassan Rouhani has held talks on a wide range of issues with his Azeri counterpart Ilham Aliyev in Baku.

During the Thursday evening meeting, President Rouhani said, “With the efforts of senior officials of Iran and the Republic of Azerbaijan relations have increased to a satisfactory level.”

He expressed satisfaction with the effective role of the economic cooperation commission of the two countries, saying, “In the field of industrial cooperation and auto industry, a good ground for cooperation has been provided and Iran is also ready to construct power plants in the Republic of Azerbaijan.”

On the importance of completing the North-South Transit Route, he said, “Iran and the Republic of Azerbaijan have very good cooperation in this field, which we hope the final phases also pursued more quickly.”

Rouhani also referred to the importance of creating preferential tariffs in trade for facilitating investment and joint ventures as a valuable step in further development of economic relations between Iran and the Republic of Azerbaijan.

He further stressed cementing relations between the two countries in the Caspian Sea as the sea of friendship, peace and development, adding, “Iran is always ready to develop maritime relations and cooperation with the Republic of Azerbaijan in the Caspian Zone in the fields of exploration and also environment”.

“Tehran, Baku and Moscow should develop their trilateral and bilateral cooperation,” he said, adding that the relations should deepen.

Rouhani also invited his Azerbaijani counterpart to make an official visit to Tehran.

At the meeting, the President of Azerbaijan described Rouhani’s visit to Baku as a good opportunity for development of relations.

“The deep cultural and historical bonds between Iran and the Republic of Azerbaijan is a good ground for further deepening of relations, which have considerably increased in your term in office,” he said.

President Aliyev described the 70-percent growth in trade between the two countries in one year as a praiseworthy record and said, “The two countries’ cooperation within the framework of economic cooperation commission in the fields of energy, banking, industry and transportation have a good pace and the development of the North-South Corridor project is completely clear.”

He also called on Iran to cooperate in constructing power plants in Azerbaijan and said, “Azerbaijan is ready to cooperate with Iran in maritime fields in the Caspian Zone, including in exploration.”

The Azerbaijani President stressed the tripartite summit of Iran, Azerbaijan and Russia and called cooperation beneficial to the three countries.

On the importance of the Non-Aligned Movement (NAM) Summit, he said, “We want to defend all member states’ interests within the framework of this movement.”