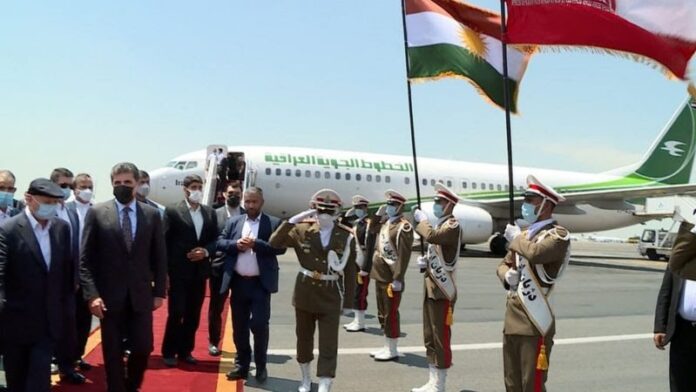 Iran’s Foreign Ministry Spokesman Saeed Khatibzadeh says raising the Kurdistan Region’s flag upon the arrival of the KRG president was a mistake by the executive welcoming team stationed at Tehran airport.

Khatibzadeh stressed that Iran has always respected the territorial unity and integrity of Iraq, and has an unchangeable policy in this regard.

KRG President Nechirvan Barzani led a Kurdistan Region delegation to Tehran on Thursday to attend the swearing-in ceremony of Iran’s President Ebrahim Raisi. The two met on Friday morning and only the flags of Iran and Iraq were on display.

When Kurdistan Region officials visit foreign countries, especially neighbouring Turkey and Iran, all eyes are on how the Kurdistan flag will be treated. Raising the flag at Tehran airport in the absence of the Iraqi banner was significant, and was noted by the president’s office.

The presence of the flag during visits to Turkey is very significant as Ankara has not only banned the flag but also the word “Kurdistan” at home.

Seeing the Kurdistan flag flying in Iran without the Iraqi one sparked some concern in Iraq and Iran.