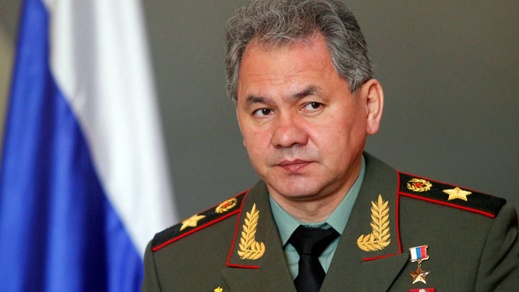 The Russian defense chief’s trip to Iran is a step toward taking on common challenges.

Iran and Russia face common regional and international threats, due mainly to their geopolitical positions. The two countries need to expand their security cooperation so that they can ensure stability in the region and tap into such stability to promote regional cooperation.

Ties with Iran are important to Russia, since Iran is a key regional country which connects Asian countries to the Middle East on the one hand and links the former Soviet republics in the north to the Persian Gulf in the south on the other.

That lends added importance to a trip by Russian Defense Minister Sergei Shoygu to Tehran [on Monday]. According to the Iranian embassy in Moscow, he is scheduled to meet with his Iranian counterpart Brigadier General Hossein Dehghan and Chief of Staff of the Iranian Armed Forces Major General Hassan Firuzabadi.

The Islamic Republic News Agency (IRNA) on January 18 ran a report on military cooperation between Iran and Russia which is to be boosted by the Russian defense chief’s trip to Tehran. The following is a partial translation of the report:

The visit by the Russian official comes in response to a trip last year by the Iranian defense minister to Moscow. The exchanges involving the two countries’ officials are indicative of mutual trust in Iran-Russia ties and the strong determination of the two Caspian neighbors’ leaders to enhance relations and diversify their cooperation.

Experts say that at the current juncture Iran and Russia need to upgrade their ties more than ever, arguing that the existing challenges Russia faces – especially from the West in recent months – render the synergy between the two countries all the more important.

In ties between Iran and Russia, drugs smuggling takes on political and security importance since Russia believes that the US is likely to smuggle narcotics from Afghanistan to Russia to create a tenuous situation in Russia by feeding addiction.

Russian officials have time and again expressed dissatisfaction with the fact that drugs cultivation in Afghanistan has increased more than forty-fold during the US-led occupation of the country.

This is good reason for Russia to attach great significance to expanded cooperation with Iran as far as the fight on drugs trafficking goes. Moscow classifies the issue of drugs as a top national security matter.

Another consequential point in Iran-Russia ties is their common stance on ISIS which is currently flexing its muscles in Syria and Iraq and endangering the security of the entire Middle East through its terrorist activities.

Media sources say that hundreds of Russian nationals, especially those of Chechen origin, are taking part in terrorist activities in Syria and Iraq as part of the ISIS armed units. These forces along with ISIS warlords have announced that they intend to create a caliphate in Russia’s Caucasus region.

Russian officials take note of the fact that if Iran had not stood up to terror groups, the terrorists would have built on schemes hatched by the West and the US to attack the Caucasus. That would have eroded the relative stability that prevails in the Caucasus today. That’s why Moscow pays particular attention to cooperation with Iran, especially on security and military fronts.

The trip by the Russian defense minister to Iran, which is the first foreign trip by a senior Russian official this year, shows that Moscow is determined to develop all-out ties with Tehran and raise bilateral relations to strategic levels. Mutual respect and care for the other side’s interests are central to ties between the two friendly neighbors.