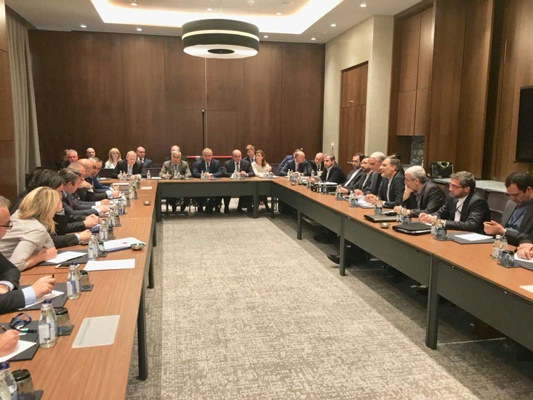 Delegations of Iran, Russia, and Turkey to the International Syria Conference in Astana held a trilateral meeting on Monday in the Kazakh capital.

During the meeting, Iran’s Hossein Jaberi Ansari, Russia’s Alexander Lavrentiev, and Turkey’s Sedat Ünal, the heads of the three guarantor states’ delegations, exchanged views on the documents that are discussed in this round of Astana Process.

A document on mine clearance for humanitarian purposes and preservation of Syria’s cultural heritage sites, and another one on exchange of the detainees, the kidnapped, and the bodies of the dead were among the documents discussed by the three guarantor states and the Syrian government and opposition delegates in this round of talks.

During the Monday talks, the two sides discussed the latest developments in Syria and explored ways to implement previous agreements achieved in the Astana Process.

The top Iranian and Turkish negotiators further discussed the cases where previous agreements were violated in Idlib de-escalation zone.

They also exchanged views on the path towards the political settlement of the current crisis in Syria.