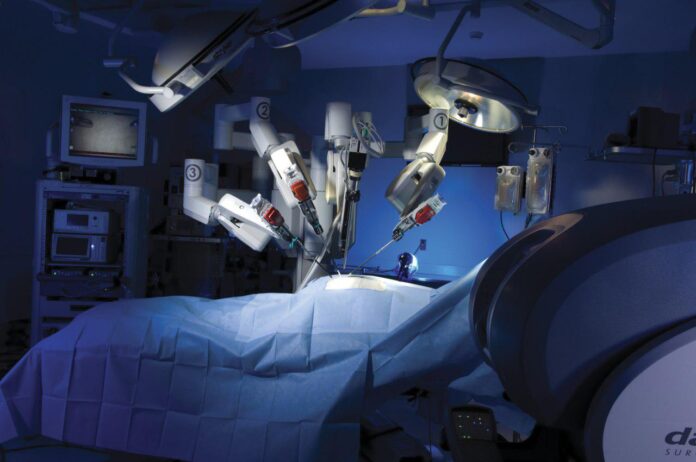 Iran and Russia have officially started the joint production of the surgical robot named Sina based on an agreement signed in Moscow.

The deal was signed in a ceremony attended by the head of the Centre for Knowledge-based Enterprises and Companies at the Iranian Vice Presidency of Science and Technology, and the head of the Russian Centre for Research and Development.

Based on the agreement between Iranian knowledge-based companies and their counterparts in Russia, the robot will be constructed as SKD (semi-complete parts) in the Russian Federation.

The mass production of this robot is being carried out in collaboration with the Institute for Advanced Medical Technology, No Avaran Robotic Knowledge-based Company, the Sina Institute of Robotics and Medicine, and the Russian Research and Development Centre.

Sina robot was unveiled for the first time in the INOTEX 2015, and its commercialisation got underway at the fourth exhibition of laboratory equipment and materials.

The robot is designed and developed for remote surgery and is consisted of two parts. The first part is at the disposal of the surgeon, which can be installed in another building or city, and the second part, which is installed near the patient’s bed, is controlled by the remote surgeon.

Each move that the surgeon orders to the first robot is transferred to the second one and then it copies the same moves on the patient.

In addition to remote surgery, this device also offers other advantages to the surgery. It can eliminate surgeon’s hand tremours and minimise the surgeon’s movements.

For example, a doctor in a surgical ward has a big stitch on patient’s body, but a robot copies one-fifth or one-tenth of it, so using this robot can make some movements possible that can never be done by human hands.

The joint meeting of Iranian and Russian knowledge-based companies was held on Friday in the presence of Iran’s Vice President for Science and Technology Sorena Sattari, and Ambassador of the Islamic Republic of Iran to the Russian Federation Mahdi Sanaie at the Azimut Olympic Hotel in Moscow. Representatives from more than 70 Iranian knowledge-based companies accompanied Sattari in this trip.