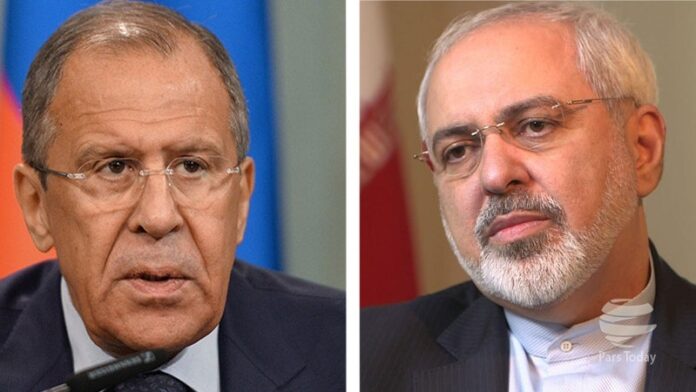 The foreign ministers of Iran and Russia have dismissed the “delusional” US plan for the 2015 nuclear deal, under which Washington seeks to remain a participant state in the JCPOA for the purposes of restoring the UN sanctions on Iran.

In a telephone conversation on Tuesday, Iranian Foreign Minister Mohammad Javad Zarif and his Russian counterpart Sergei Lavrov talked about the latest political developments in Afghanistan and the ongoing efforts to establish reconciliation and political consensus in that country.

The Iranian and Russian ministers also held consultations about the US’ new delusional plan for the JCPOA, and dismissed it as rejected and impractical.

The reaction from Iran and Russian came after US Secretary of State Mike Pompeo said he is preparing a legal argument that the US would remain a participant in the JCPOA –already renounced by the US president- as part of an intricate strategy to pressure the UN Security Council to extend an arms embargo on Tehran.

According to Pompeo’s plan, bound to be opposed by many of Washington’s European allies, the US would, in essence, claim it legally remains a “participant state” in the nuclear accord only for the purposes of invoking a “snapback” that would restore the UN sanctions on Iran that were in place before the nuclear deal.

Russia has already told American and European officials it is eager to resume conventional arms sales to Iran.