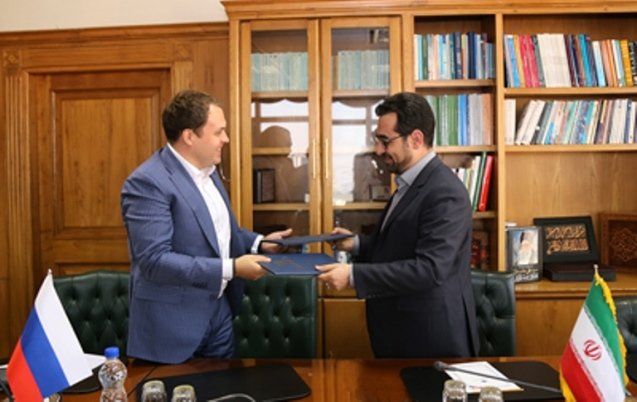 The Central Bank of the Islamic Republic of Iran and the Russian Agency for Export Credit and Investment Insurance (EXIAR) have signed a memorandum of understanding (MoU) on financing, reports the Persian-language Mehr News Agency.

That came in a meeting between Iranian Central Bank Governor Ahmad Araqchi, and CEO and Chairman of the Board of Directors of EXIAR Alexey Tyupanov.

In the meeting, the Iranian official expressed satisfaction with the promotion of relations between the two countries, and called for expediting the financing of the projects between the two sides.

“We are pleased that talks on financing contracts have borne fruit, and we hope the cooperation will further expand,” said the top Iranian official.

The CEO of EXIAR, in turn, said he was happy to see the negotiations had come to fruition.

“We hope different projects run by the Iranian public and private sectors will soon be able to use financing facilities by Russian banks, which will set the stage for further expansion of economic ties between the two sides,” said the top Russian manager.

In the meeting, the two sides also agreed on the generalities of conditions for financing between Iranian and Russian banks. As agreed, Iranian banks will be able to apply for financing facilities by Russian banks to use them for the projects they are authorized to run.

Also, the financing facilities received from Russian banks will be used for public and private sectors and different industries which take priority as confirmed by relevant bodies.

Moreover, a general contract on financing will soon be signed by Iranian and Russian banks.