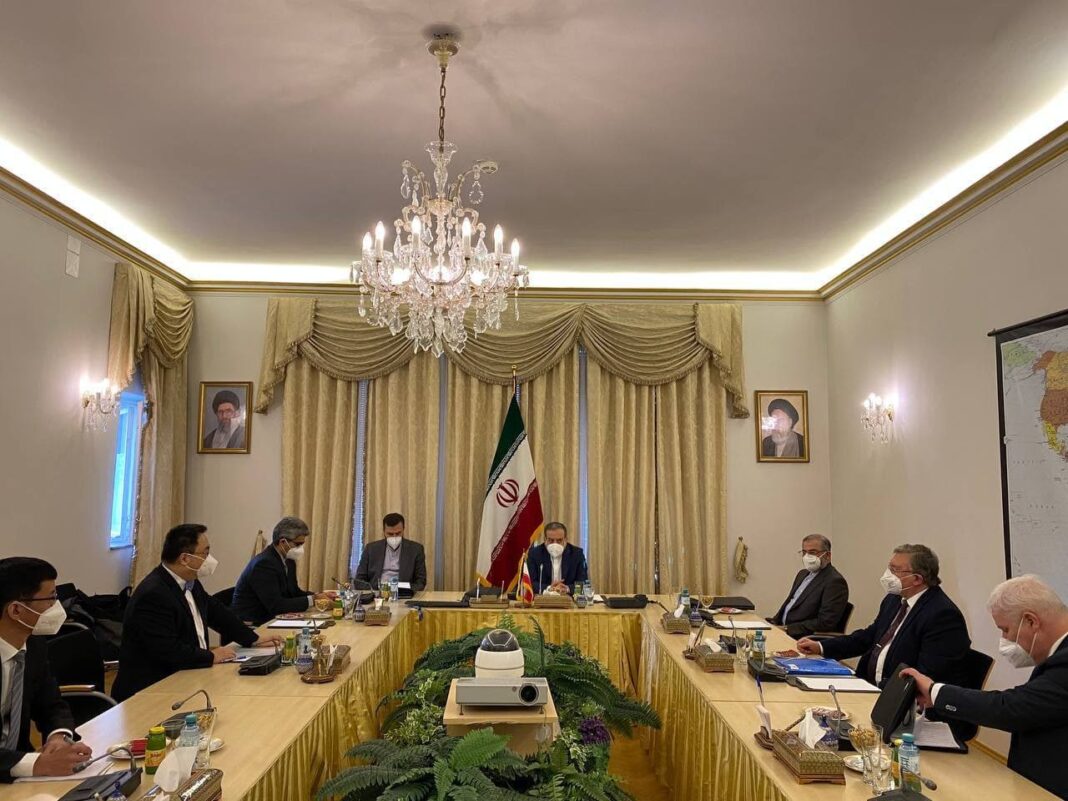 The heads of the Iranian, Russian, and Chinese delegations, who are in Vienna for the fresh talks of the JCPOA Joint Commission, held a trilateral meeting on Tuesday to coordinate their stances ahead of the plenary meeting of the Commission.

During the meeting, which was held at the office of Iran’s permanent mission to international organisations in Vienna, the three parties reviewed the latest status of talks on the US’ possible return to the JCPOA and the removal of its sanctions against Iran.

They also called for the lifting of the sanctions all at once, describing it as a necessary condition for Washington’s return to the nuclear deal.

The Iranian, Russian, and Chinese chief negotiators further underlined the three countries’ full consensus, and the necessity of continued consultations and serious coordination on a regular and consistent basis among the three states in these negotiations.