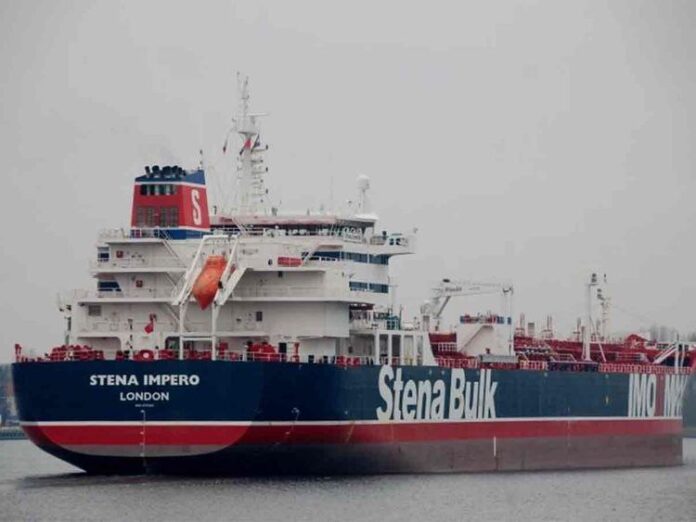 Iran has provided the United Nations Security Council with the legitimate ground for capturing a British oil tanker at the Strait of Hormuz, saying the tanker has damaged an Iranian fishing boat in an accident that has severely injured a number of fishermen.

Iran’s permanent mission to the United Nations has sent a letter to the Security Council, providing a description of the incident that resulted in the capture of Britain’s “Stena Impero” oil tanker.

According to the letter, the UK oil tanker has had a crash with an Iranian fishing vessel at the Strait of Hormuz on July 19 and caused damages to the Iranian boat in a way that a number of its crew and fishermen are in a critical condition in hospital.

The British oil tanker ignored warnings from Iran after the accident, switched off its navigation systems, made a dangerous maneuver, and began to sail into the wrong way to flee the area before it was captured by the Iranian naval forces, said the letter.

It said Iran has carried out a necessary operation to ensure maritime security and rule of law in the high-traffic strait in compliance with the international regulations, noting that the UK oil tanker has been transferred to the port city of Bandar Abbas under a warrant issued by the local judicial authorities.

The Iranian judicial officials have ordered an investigation into the British tanker’s violations, including the damages it has done to the environment and to the Iranian fishing vessel and its crew, the letter noted.

Iran’s UN mission has also made it clear that the Islamic Republic’s main purpose is to enforce the law and ensure maritime order, security and safety in the delicate Persian Gulf region and the Strait of Hormuz.