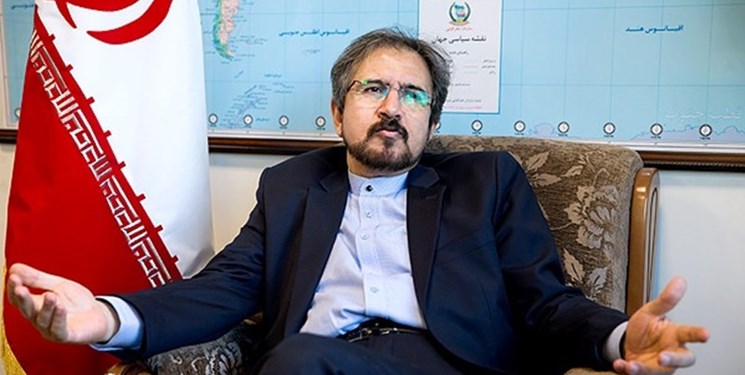 A senior Iranian diplomat has hit out at the United States for adopting a "selective" approach to the 2015 nuclear deal with Iran after reneging on its commitments by unilaterally pulling out of the agreement.

“By withdrawing from the Joint Comprehensive Plan of Action (JCPOA), the United States both violated its JCPOA obligations and the UN Security Council Resolution 2231 and moved toward undermining the UN and even other partners to the Iran nuclear deal,” he said.

“It is not acceptable for a country to both breach its commitments and seek fabricated and selective interests in a deal by withdrawing from it,” he said.

“Playing a roguish and double-standard game with the JCPOA using UN resolutions as a tool to ratchet up the pressure and restrictions and violate the natural rights of Iran and any other independent country is not justifiable by any logic and criterion,” he said.

“Even the international community is against this interpretation and logic which defies globally recognized norms,” he said.

Qassemi’s comments came after US Secretary of State Mike Pompeo said recently that Washington would not allow Iran to purchase weapons after a UN arms embargo on the country expires in October 2020.

Pompeo also said the US is still a participant in the JCPOA, a claim rejected by Iran.
Tehran said the US unilaterally withdrew from the JCPOA in 2018, so it is no longer considered a party to the nuclear deal.