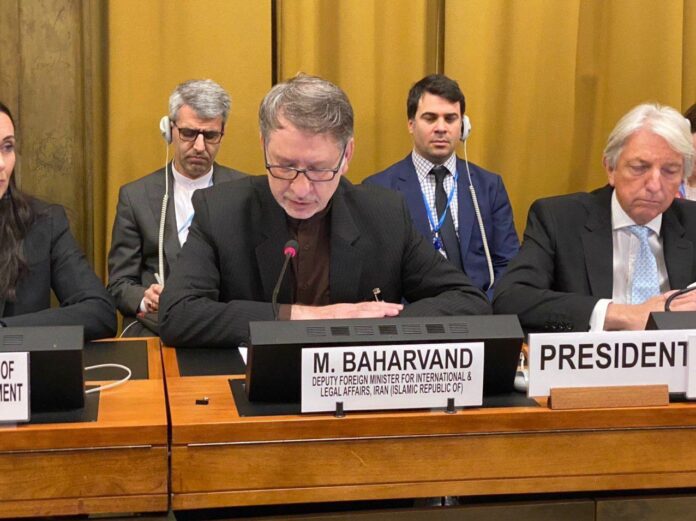 The Islamic Republic of Iran’s Deputy Foreign Minister for International and Legal Affairs Mohsen Baharvand has denounced the US government for its unilateral policies and disregard for the United Nations Security Council resolutions.

In an address to the UN Conference on Disarmament, held in Geneva on Wednesday, the Iranian Deputy Foreign Minister for International and Legal Affairs strongly protested against the US’ unilateral policies, its failure to honour the JCPOA commitments, and the US government’s vicious measures.

The US is a state that, as a permanent member of the Security Council, is violating a UNSC resolution, forces the other countries to violate that resolution, and, at the same time, criticizes Iran for not adhering to the very resolution, Baharvand added.

In response to comments by Saudi Arabia’s Foreign Minister who had criticized Iran for helping the people of Yemen, the Iranian Deputy Foreign Minister for International and Legal Affairs said, “This is a war that you (Saudis) have started and still continue with it.”

Baharvand also said in reaction to the Saudi Foreign Minister’s allegations, “Do not blame others for your own mistakes. The Islamic Republic of Iran has always supported negotiations for ending this war. You (Saudis) have no right to treat the people of the region arbitrarily and expect them not to respond to you.”